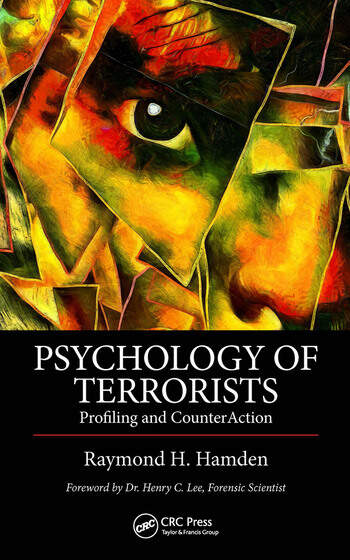 Psychology of Terrorists: Profiling and CounterAction

The Psychology of Terrorists examines the personality profile of the individual and categorizes the psychology of terrorists into four distinct profiles which are outlined and analyzed in detail. There are many books that cover social psychology and political violence and aggression, but few establish the mind-set of the terrorist as an individual. This includes taking into account personal experiences, and religious or political ideology for the purposes of understanding conceptual and tactical objectives and profiling terrorists to counter terrorist threats.

Dr. Raymond Hamden presents a unique look at terrorists as individuals with personal motives as well as those of principle. The book presents an analysis of terrorists without prejudice or bias for any political, religious, nationality, creed, or race. Too many times the world see experts focus on issues that are based on their own predispositions or partialities. Although there is criticism on the reliability of profiling, this research demonstrates validity and reliability. It is vital to understand terrorist motivations and this can only be achieved by "knowing" the terrorists' psychological character, looking at the individual terrorist, taking into account particular experiences, psychological makeup, background, and fundamentalist ideology.

The Psychology of Terrorists: Profiling and CounterAction will be a welcomed addition to psychologists, terrorism researchers, criminal profilers, investigators and intelligence professionals, counter- and anti-terrorism experts, as well as military, security, and law enforcement professionals tasked with protecting individuals from the various acts of terrorism, domestically and globally.

1. History of Terrorists in Brief

5. The Ethno-Geographic Terrorists: Religious and Political

7. Techniques of Interviews and Interrogations

10. Track I: Profiling and Counter-Terrorism

With four decades of studying and practicing psychology in the USA and MENA, he has published in peer reviewed journals, presented before US Congress by invitation, served as Chair on professional committees by government summons, and has consulted in more than 30 nations in the areas of clinical, forensic, political psychology, with the working application of diversity and inclusion for all cultures.

A member of Infragard, he is residing in the USA and continues as a presenter, consultant, and mentor to academia, corporations, and media globally.

Psychology of Terrorists: Profiling and CounterAction