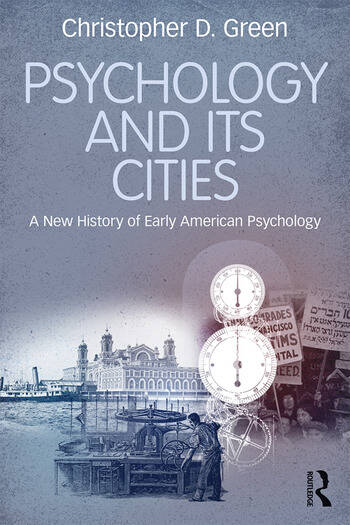 Psychology and Its Cities: A New History of Early American Psychology

Within the social and political upheaval of American cities in the decades surrounding the turn of the 20th century, a new scientific discipline, psychology, strove to carve out a place for itself. In this new history of early American psychology, Christopher D. Green highlights the urban contexts in which much of early American psychology developed and tells the stories of well-known early psychologists, including William James, G. Stanley Hall, John Dewey, and James McKeen Cattell, detailing how early psychologists attempted to alleviate the turmoil around them. American psychologists sought out the daunting intellectual, emotional, and social challenges that were threatening to destabilize the nation’s burgeoning urban areas and proposed novel solutions, sometimes to positive and sometimes to negative effect. Their contributions helped develop our modern ideas about the mind, person, and society. This book is ideal for scholars and students interested in the history of psychology.

Chapter 7. The Formation of Psychology’s "Schools"

Chapter 8. Psychology in New York and Boston in the 1890s

Chapter 9. The Dawn of the 20th Century

Chapter 10. Psychology on the Public Stage

Psychology and Its Cities: A New History of Early American Psychology