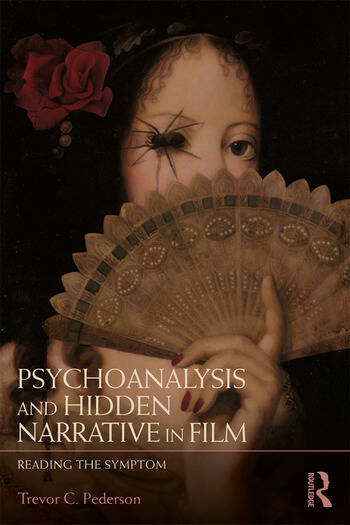 Psychoanalysis and Hidden Narrative in Film: Reading the Symptom

Psychoanalysis and Hidden Narrative in Film proposes a way of constructing hidden psychological narratives of popular film and novels. Instead of offering interpretations of classic films, Trevor C. Pederson recognizes that the psychoanalytic tradition began with making sense of the seemingly inconsequential. Here he turns his attention to popular films like Joel Schumacher's The Lost Boys (1987). While masterworks like Psycho (1960) are not the object of interpretation, Hitchcock’s film is used as a skeleton key. The revelation that Norman Bates’ character had been his mother all along, suggests a framework of reading a film as having symptom characters who are excised to create a latent plot. The symptom character's behavior or inter-relations are then transcribed to an ego character. This is a shift in the tradition of literary doubling from hermeneutic intuition to a formal methodology that generates data for the unconscious.

Pederson continues the project of unifying competing schools into a single model of mind and offers clinical examples from his own practice for all its terms. Psychodynamic techniques that emphasize the importance of working with the body, the id, and the ubiquity of repetition are introduced. A return to Freud’s structural theory, in which complexes are anchored in the stages of superego development, is used to carefully plot and explain the social nature of the superego and its relation to authority in society (secondary narcissism) and the otherworldly (primary narcissism). Discrete phases of superego development and their ties to both the social and the id revive the grand promises of classical psychoanalysis to link with every field in the humanities.

Psychoanalysis and Hidden Narrative in Film will appeal to psychoanalysts and psychoanalytic psychotherapists as well as scholars of film studies and literature interested in using a psychoanalytic approach and ideas in their work.

1: Notes on the Psychoanalytic Orientation and Innovations in Clinical Technique 2: The Manifest Double and the Uncanny 3: The Latent and Patriarchal Double 4: The Symptom Reading (pt 1): "My Blood is in Your Veins" 5: Discussion I: The Oedipus Complex in Reputation, Authority, and Ambition 6: Discussion II: The Impersonal and Superpersonal Imago and Group Psychology 7: The Symptom Reading (pt 2): "I Could Nuke Them in their Hearts" Conclusion

Trevor C. Pederson is a licensed professional counsellor and psychoanalyst in private practice in Laramie, Wyoming. His 2015 book The Economics of Libido: Psychic Bisexuality, the Superego, and the Centrality of the Oedipus Complex won the 2016 Gradiva Award for Best Book.

"A book filled with many threads to pull, nuggets to digest and elaborate. A challenging amplification of Freudian concepts and their relevance for illuminating the work of the unconscious in film, literature, culture and clinic. Film is the principal focus but its tendrils lead in many directions. A rich compendium of suggestions to ponder and roads to explore."-Michael Eigen, Ph.D., author of The Sensitive Self, Flames From the Unconscious and Under the Totem: In Search of a Path

"The most pressing challenge confronting the psychoanalytic approach to film is thinking through the relationship between the dream and the film. Though this relationship has been in the background of much psychoanalytic film theory, it has yet to genuinely come to the foreground. That changes with Trevor Pederson’s remarkable new book Psychoanalysis and Hidden Narrative in Film. It provides an entirely original an idiosyncratic approach to film interpretation that manages to stay close to Freud while at the same time shedding new light on how psychoanalytic interpretation works. By paying attention to what doesn’t fit in the film, Pederson shows, we can set out on the path of unraveling the mysteries contained in even the most commonplace films."-Todd McGowan, Department of English, University of Vermont, USA

"The book’s title will not convey to the prospective reader the richness and breadth contained within. With insight and scholarship, Trevor Pederson shows the centrality of the super ego, the ego ideal, and the double to psychoanalytic and human understanding. There are many clinical vignettes included that illustrate and greatly illuminate the theoretical concepts. He finds deep dimensions in film beyond what most viewers and critics have been able to perceive."-Ken Fuchsman, President, International Psychohistorical Association

"Trevor Pederson provides the authoritative analysis of the trope of the double in film, and its history in literature and psychoanalysis; and offers us a new approach for extracting latent narratives in popular films and novels. His analysis of the 80s cult classic The Lost Boys, considered a minor film, illustrates a subversive approach to film criticism that can only be successfully executed by someone immersed in as wide a range of disciplines as he is. Pederson’s nuanced critique is complimented by provocative and illustrative material from psychoanalytic clinical practice. The book offers a thorough illustration of symptom-reading that will be indispensable to anyone interested not only in film studies, gender studies, and cultural theory, but also in psychoanalysis proper."-Christopher Christian, PhD., Editor-in Chief, Psychoanalytic Psychology; Dean, IPTAR

"Trevor C. Pederson offers us a highly scholarly and creative work. Reading the Symptom will speak to anyone who is interested in the depth structure that reinforces human psychology Pederson illuminates on Freud’s model of mind and offers a disciplined and comprehensive methodology for film criticism that moves beyond the superficial approaches that are so often utilized and that give psychoanalysis a bad reputation among film critics."-Galit Atlas, Ph.D., Faculty, New York University Postdoctoral Program in Psychotherapy and Psychoanalysis; Four-Year Adult and National Training Programs, National Institute for the Psychotherapies

Psychoanalysis and Hidden Narrative in Film: Reading the Symptom