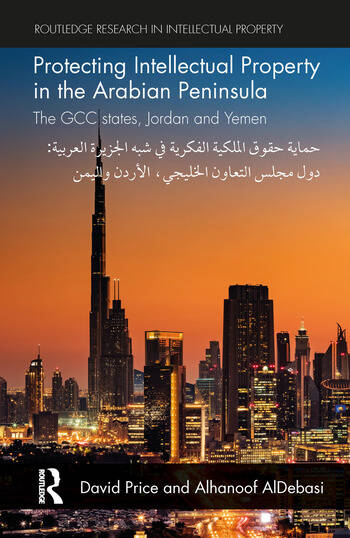 Protecting Intellectual Property in the Arabian Peninsula: The GCC states, Jordan and Yemen

This work examines the endeavours of the Arabian Peninsula States – namely the Gulf Cooperation Council member States of Bahrain, Kuwait, Oman, Qatar Saudi Arabia and the UAE, as well as Jordan and Yemen as prospective GCC members – in establishing national intellectual property protection regimes which both meet their international treaty obligations and are also congruent with their domestic policy objectives. It uses the WTO’s TRIPS Agreement of 1995 as the universal benchmark against which the region’s laws are assessed. The challenges faced by the States in enforcing their intellectual property laws receive particular attention.

considers the changing nature of the States’ intellectual property laws since 1995. It argues that the decade immediately following the TRIPS Agreement was marked by a period of foreign forces shaping or influencing the character of the States’ intellectual property legislative regimes, primarily through multilateral or bilateral trade-based agreements. The second and current decade, however, see a significant shift away from foreign influences and a move towards domestic and regional imperatives and initiatives taking over.

The work also examines regional initiatives for the protection of traditional knowledge and cultural heritage, as areas of intellectual property which fall outside the parameters of the TRIPS Agreement, but which are of significant concern to the States and other developing countries, and to which they are giving increasing attention in terms of providing proper protection.

1. "Protecting Intellectual Property in the Arabian Peninsula" – Introduction and Context

2. ‘The Golden Thread That Binds’ – The Shariah and Intellectual Property Protection

3. Pre-TRIPS and Intellectual Property Protection in the Arabian Peninsula

4. TRIPS and Copyright and the Nature of Compliance in the Arabian Peninsula

5. TRIPS and Industrial Property and the Nature of Compliance in the Arabian Peninsula

7. Post-TRIPS and the Enforcement Challenge

8. TRIPS-plus and ‘Raising the Bar’

Protecting Intellectual Property in the Arabian Peninsula: The GCC states, Jordan and Yemen