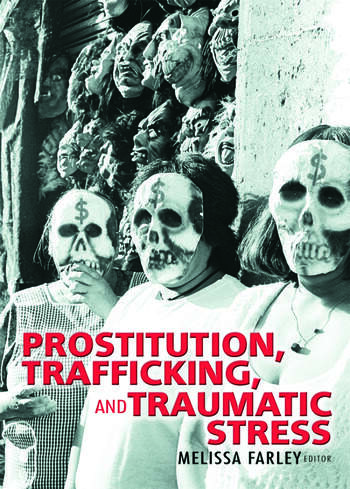 Prostitution, Trafficking, and Traumatic Stress offers the reader an analysis of prostitution and trafficking as organized interpersonal violence. Even in academia, law, and public health, prostitution is often misunderstood as “sex work.” The book’s 32 contributors offer clinical examples, analysis, and original research that counteract common myths about the harmlessness of prostitution.

Prostitution, Trafficking, and Traumatic Stress extensively documents the violence that runs like a constant thread throughout all types of prostitution, including escort, brothel, trafficking, strip club, pornography, and street prostitution. Prostitutes are always subjected to verbal sexual harassment and often have a lengthy history of trauma, including childhood sexual abuse and emotional neglect, racism, economic discrimination, rape, and other physical and sexual violence.

International in scope, the book contains cutting-edge contributions from clinical experts in traumatic stress, from attorneys and advocates who work with trafficked women, adolescents, and children and also prostituted women and men. A number of chapters address the complexity of treating the psychological symptoms resulting from prostitution and trafficking. Others address the survivor’s need for social supports, substance abuse treatment, peer support, and culturally relevant services. To stay up-to-date on this powerful subject, visit the “Traffick Jamming” blog at http://www.prostitutionresearch.com/blog.

Prostitution, Trafficking, and Traumatic Stress examines: From the editor's Preface:
Prostitution is to the community what incest is to the family.

Slavery, at its height, was normalized in the United States as unpleasant but inevitable, yet it is now considered to be an institution that violated human rights. Perhaps we will at some point in the future look back on prostitution/trafficking with a similar historical perspective. It is my hope that this book will assist the reader in understanding prostitution and trafficking and in how to help women and children escape it.