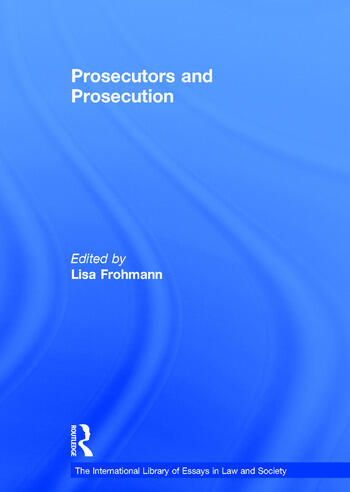 Prosecutors are the most powerful actors in the legal system. Their decisions have significant implications for how crime is defined, who is charged, and the punishment they receive. This volume draws together classic and recent scholarship that critically examines how prosecutorial power is constituted through their decision-making processes, the relationships between legal changes and court actors, and the consequences of this for society. Taken as a whole, this collection offers insights into law in action, how social change shapes the legal system, and alternative forms of case resolution.

Lisa Frohmann is Professor in the Department of Criminal Justice, University of Illinois at Chicago, USA.