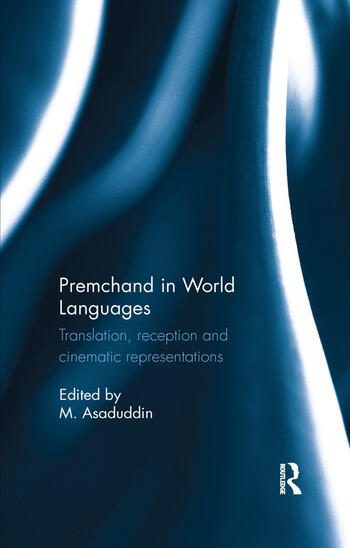 This volume explores the reception of Premchands works and his influence in the perception of India among Western cultures, especially Russian, German, French, Spanish and English. The essays in the collection also take a critical look at multiple translations of the same work (and examine how each new translation expands the work‘s textuality and

M. Asaduddin is Professor of English and Dean, Faculty of Humanities and Languages at Jamia Millia Islamia, New Delhi, India, and Director, Jamia Centenary History Project. He writes on literature, language politics and translation studies. He was a Fulbright Scholar-in-Residence at Rutgers University, New Jersey, USA (2008–9), and Visiting Professor/Fellow at several universities in India and outside. His publications include Filming Fiction: Tagore, Premchand and Ray (2012), A Life in Words (2012), For Freedom’s Sake: Manto (2002) and Lifting the Veil: Selected Writings of Ismat Chughtai (2001). He has received several prizes for his translations including the Katha Award, the Dr A. K. Ramanujan Award, the Sahitya Akademi (National Academy of Letters) Award and the Crossword Book Award.