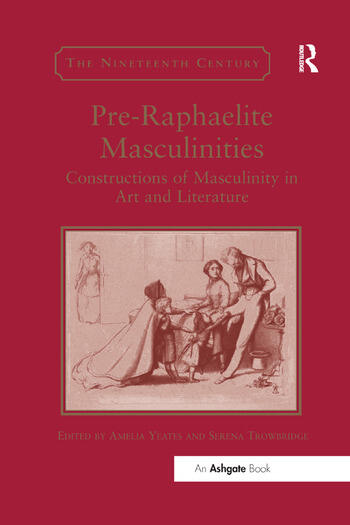 Pre-Raphaelite Masculinities: Constructions of Masculinity in Art and Literature

Drawing on recent theoretical developments in gender and men’s studies, Pre-Raphaelite Masculinities shows how the ideas and models of masculinity were constructed in the work of artists and writers associated with the Pre-Raphaelite movement. Paying particular attention to the representation of non-normative or alternative masculinities, the contributors take up the multiple versions of masculinity in Dante Gabriel Rossetti’s paintings and poetry, masculine violence in William Morris’s late romances, nineteenth-century masculinity and the medical narrative in Ford Madox Brown’s Cromwell on His Farm, accusations of ’perversion’ directed at Edward Burne-Jones’s work, performative masculinity and William Bell Scott’s frescoes, the representations of masculinity in Pre-Raphaelite illustration, aspects of male chastity in poetry and art, TannhÃ¤user as a model for Victorian manhood, and masculinity and British imperialism in Holman Hunt’s The Light of the World. Taken together, these essays demonstrate the far-reaching effects of the plurality of masculinities that pervade the art and literature of the Pre-Raphaelite Brotherhood.

'... a distinguished and serious contribution to nineteenth-century studies. It offers new views of Pre-Raphaelitism in general and fresh ways of reading both masculinity and femininity in Pre-Raphaelite work. All the contributions have something interesting to say... they open the way for further exploration of a rich and rewarding path.' Review of the Pre-Raphaelite Society

'This is a challenging and intriguing volume, which poses fresh questions, opens up new paths and adds an important strand to the analysis of Victorian masculinity as a whole.' Burlington Magazine

Pre-Raphaelite Masculinities: Constructions of Masculinity in Art and Literature