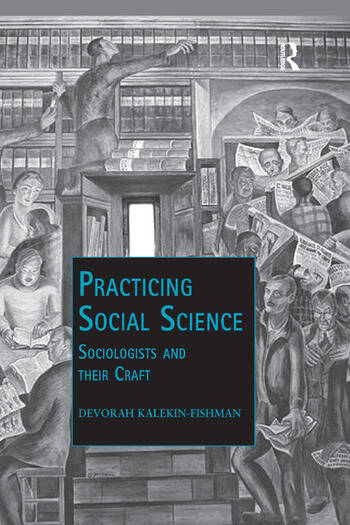 How is the process of globalization effecting changes in the structure of knowledge in sociology? This path-breaking volume looks at the human dimension of developments in the discipline by compiling a set of interviews that exemplify the life and work of a sociologist today. Their ideas and conceptualizations show to what extent a "paradigm shift" has taken root, answering questions such as whether sociology still remains a differentiated, relatively autonomous social science. The chosen interviewees are about equally divided according to gender and have been selected from among professional sociologists in different parts of the globe, with an emphasis on areas that are under-represented in English publications, such as East Asia, Latin America, and Africa. Analysis focuses on changes which are becoming clear from the on-going confrontation between "traditional" sociology which emerged as a project of modernity, and the sociology practiced by sociologists who are called upon to adapt the discipline to the upheavals of the twenty-first century.

PART I: DECLARATIONS AND DILEMMAS

CHAPTER 3. HOW DOES SOCIAL TRANSFORMATION HAPPEN?

CHAPTER 5. SOCIAL CHANGE IN A NUTSHELL: THE BRICS AND ECHOES FROM THE ISLAMIC WORLD

PART II: PRACTITIONERS AND THEIR CRAFT

CHAPTER 7C. FROM THE CHINESE WORLD

CHAPTER 7E. FROM THE MUSLIM WORLD

Devorah Kalekin-Fishman is Emerita and Senior Researcher in the Faculty of Education at the University of Haifa in Israel. Recent publications include: From the Margins to the Center: An Autoethnography of Passage between Disciplines (with Lea Hagoel, 2016) and The Shape of a Sociology for the 21st Century (ed. with Ann Denis, 2012). She was Vice-President for Publications (2006-2010) for the International Sociological Association.

'This book is a fantastic dive into sociological reflexivity. Looking at the ways sociologists in different corners of the world live their discipline, the author offers the reader an inspiring way to reflect about contemporary sociology. While the sociologists interviewed disclose their lived experience Kalekin-Fishman crafts their discourse into a powerful interpretation of present day challenges confronting not only sociology but all the social sciences.' - Professor of Sociology, Federal University of Rio de Janeiro, Brazil

'Thinking globally is not only understanding the global economy. It also means analyzing the world today with new tools, and taking into account recent perspectives that are opened by social scientists all over the world - not only in English. Nobody could do it better than Devorah Kalekin-Fishman, with her experience as a former vice president for publications at the International Sociological Association.' - Michel Wieviorka, President of the Fondation Maison des Sciences de l’Homme and Professor at the Ecole des Hautes Etudes en Sciences Sociales, France