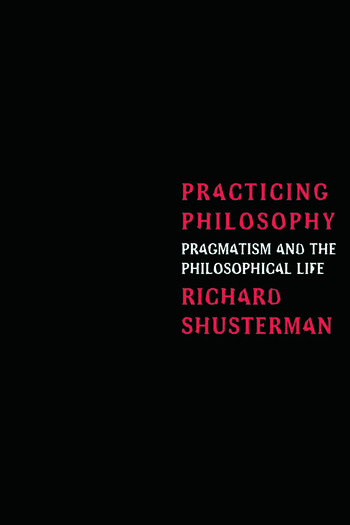 Applying contemporary pragmatism to the crucial question of how philosophy can help us live better, Shusterman develops his distinctive aesthetic model of philosophical living that includes politics, somatics, and ethnicity, while critically engaging the rival views of Dewey, Wittgenstein, and Foucault, as well as Rorty, Putnam, Goodman, Habermas, and Cavell.

Richard Shusterman is Professor of Philosophy at Temple University and Directeur de Programmes at the College International de Philosophie, Paris. His books include T. S. Eliot and the Philosophy of Criticism (1988), Analytic Aesthetics (1989), Sous l'interpretation (1994), and the much acclaimed and widely translated Pragmatist Aesthetics (1992).