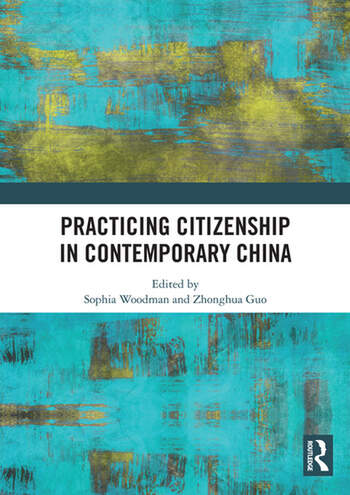 This book examines citizenship as practiced in China today from a variety of angles. Citizenship in China—and elsewhere in the Global South—has often been perceived as either a distorted echo of the ‘real’ democratic version in Europe and North America, or an orientalized ‘other’ that defines what citizenship is not. By contrast, this book sees Chinese citizenship as an aspect of a connected modernity that is still unfolding. The book focuses on three key tensions: a state preference for sedentarism and governing citizens in place vs. growing mobility, sometimes facilitated by the state; a perception that state-building and development requires a strong state vs. ideas and practices of participatory citizenship; and submission of the individual to the ‘collective’ (state, community, village, family, etc.) vs. the rising salience of conceptions of self-development and self-making projects. Examining manifestations of these tensions can contribute to thinking about citizenship beyond China, including the role of the local in forming citizenship orders; how individualization works in the absence of liberal individualism; and how ‘social citizenship’ is increasingly becoming a reward to ‘good citizens’, rather than a mechanism for achieving citizen equality. This book was originally published as a Special Issue of the journal Citizenship Studies.

5. Learning to be safe citizens: state-run boarding schools and the dynamics of Tibetan identity Miaoyan Yang

Sophia Woodman is a Chancellor’s Fellow in Sociology in the School of Social and Political Science at the University of Edinburgh, UK. Her research interests include citizenship, human rights and social movements in contemporary China; political sociology and social movements, particularly transnational movements; constitutionalism, law, politics and governance in modern China and beyond; and gender and the state.

is a Professor of Politics at the School of Government at Sun Yat-Sen University, China, and a Research Fellow at the Sun Yat-Sen Chinese Public Management Research Center, China. His research interests include political science theory and Chinese government and politics.