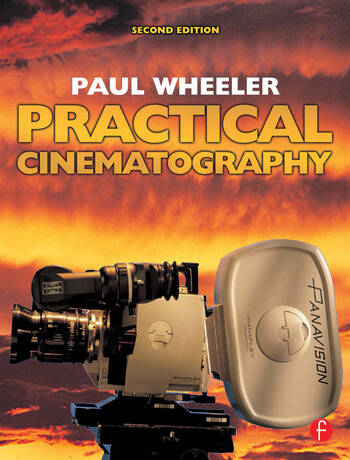 Filmmaking is an art, but, like so many art forms, there are basic underlying tools and techniques and a body theoretical knowledge that must be understood and mastered before artistic expression can flourish. This book is an invaluable resource for all aspiring DoPs. Practical Cinematography can be dipped into for quick reference - perhaps to answer a specific question or deal with practical problems relating to a shoot - or read from cover to cover. It discusses the principles of cinematography and the expertise which is unique to the Director of Photography (DoP). It deals with all the basic theory such as color temperature and sensitometry, and all the practical things a DoP needs to know, from the make-up of the crew to how to prepare an equipment list.

Paul Wheeler BSC FBKS was trained at the BBC rising to become a Senior Drama Film Cameraman. Paul Shot one of the first BBC Drama Series to be photographed using the then new Digi Beta cameras, by which time he was freelance. He is a renowned cinematographer/director of photography and trainer, he has been Head of Cinematography at National Film & Television School and still runs courses on Digital Cinematography there. He has also been Head of Cinematography on the Royal College of Arts MA course. Paul was invited to become an associate of Panavision in order to help them introduce the Panavised version of Sony's HDW 900f camera which meant he joined the HD movement 3 days before the first Panavision camera arrived in Europe. Despite all this he is still very much a working cinematographer. He has been twice nominated by BAFTA for a Best Cinematography award and also twice been the winner of the INDIE award for Best Digital Cinematography. His previous books, "Practical Cinematography and "Digital cinematography, are both published by the Focal Press.

'I've attended one of Paul's lectures and although this book can only contain a part of his humour, a fraction of his experience and a hint of his enthusiasm it's a wonderful source of knowledge. It will provide a valuable insight to all budding cinematographers who should read it, learn it and then go out and make a film (not a video... a film)!'Online bookseller's reader review"The author covers in great detail the many aspects of the production of a motion picture from the director of photography's point of view and responsibility. He does this in a very understandable and interesting style."-John Leak, ACS, Australian Cinematographer magazine,