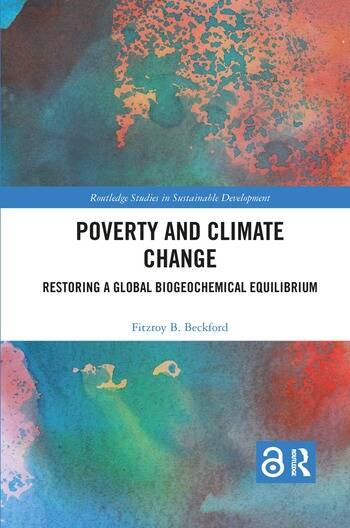 Most, if not all of the global biogeochemical cycles on the earth have been broken or are at dangerous tipping points. These broken cycles have expressed themselves in various forms as soil degradation and depletion, ocean acidification, global warming and climate change. The best proposal for an organic solution to fixing the myriad broken cycles is a deliberate investment in solutions that first acknowledge the historic roles played by both the subjugated peoples, and the economic beneficiaries of the environmental exploitations of the past.

Ever since Europeans made contact with the West, a series of global circumstances including the genocide of the indigenous people of the Americas, the enslavement and global subjugation of Africans, and the emergence of Western concepts of trade dominance and capitalism, have led to deleterious impacts on the global biogeochemical cycles. Addressing the broken biogeochemical cycles should be done with a clear understanding that it was not only human subjects which were subjugated, but also land, water, and air. These three global stores must be replenished from the ideological position that poverty is not simply the absence of money, but is also the lack of access to non-polluting energy sources, to clean air devoid of runaway greenhouse gasses, and to local conditions devoid of climate change instabilities. With this in mind, the global powerbrokers can enter into a new deal with developing nations, shifting the paradigm toward a new ecological approach that rewards good behavior and sets new standards of worldwide relations based on ecologic inclusivity rather than the exclusive economic arrangements currently in order.

Harnessing a forward thinking approach to analyzing the current global environmental crisis, this book will be of great interest to students and scholars of sustainable development, political ecology, sustainable agriculture, climate change and environmental justice.

1. The American native and the European invader – the nexus

2. Facets and consequences of environmental slavery

4. The Biogeochemical Cycles in the Era of Anthropogenic Climate Change

5. A Review of the Biogeochemical Cycling of the Elements of Life

7. Feeding the future: Farming in a post-carbon economy

8. Transitioning to low-carbon farming: An assessment of the process

9. The kinetic role of biochar in Climate Change mitigation

11. How alleviating energy-poverty will also improve the climate

Fitzroy B. Beckford is an agricultural scientist who holds a PhD in Sustainability Education with a research emphasis on integrated food-energy systems (IFES). Integral areas of his work include concepts in nutrient biogeochemical cycling and restorative anthropedogenesis.