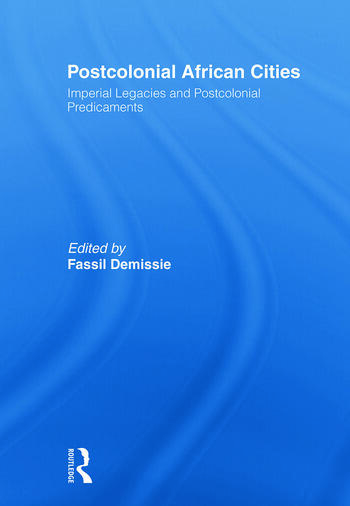 The book focuses on contemporary African cities, caught in the contradiction of an imperial past and postcolonial present. The essays explore the cultural role of colonial architecture and urbanism in the production of meanings: in the inscription of power and discipline, as well as in the dynamic construction of identities. It is in these new dense urban spaces, with all their contradictions, that urban Africans are reworking their local identities, building families, and creating autonomous communities – made fragile by neo-liberal states in a globalizing world.

The book offers a range of scholarly interpretations of the new forms of urbanity. It engages with issues, themes and topics including colonial legacies, postcolonial intersections, cosmopolitan spaces, urban reconfigurations, and migration which are at the heart of the continuing debate about the trajectory of contemporary African cities. The collection discusses contemporary African cities as diverse as Dar Es Salaam, Dakar, Johannesburg, Lagos and Kinshasa – offering new insights into the current state of postcolonial African cities.

This was previously published as a special issue of African Identities.

1. Imperial Legacies and Post-Colonial Predicament: An Introduction. 2. Metropolitanism, Capital and Patrimony: Theorizing the Postcolonial West African City. 3. Casting a Long Shadow: Colonial Categories, Cultural Identities, and Cosmopolitan Spaces in Globalizing Africa. 4. Viewing Post-Colonial Dar Es Salaam, Tanzania Through Civic Spaces: A Question of Class. 5. Transforming urban landscapes: Soccer fields as sites of urban sociability in the agglomeration of Dakar. 6. Narrating The African City From The Diaspora: Lagos As A Trope In Ben Okri and Chika Unigwe’s Short Stories. 7. The City Beyond the Border: The Urban Worlds Of Duiker, Mpe & Vera. 8. Governing the city? South Africa's struggle to deal with urban immigrants after apartheid. 9. Cinema and The Edgy City: Johannesburg, Carjacking, And The Postmetropolis. 10. Visual Fragments of Kinshasa

Fassil Demissie is Associate Professor, DePaul University, USA. He is the editor of African and Black Diaspora: An International Journal, and on the editorial board of African Identities: A Journal of Economics, Culture and Society (both published by Routledge). He recently edited Postcolonial African Cities.