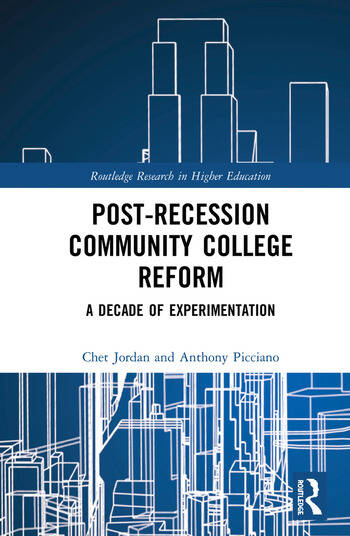 The book analyses and evaluates several key community college reform programs that emerged after the Recession of 2008 and as a result of major initiatives in California, New York, Tennessee, Florida, Connecticut and Wisconsin.

Because of the economic downturn in the early 21st Century, an already eroding financial base for public higher education saw even further losses. At the same time, enrollments were booming, particularly in the two-year sector where many students who would have traditionally forgone a college education, were now enrolling to ensure their competitiveness in a harsh labor market.  Chapters in this book examine the development and implementation of initiatives and accountability measures imposed across the states by the Obama administration, and consider their effectiveness in reducing the impact of the loss of students, and their role in improving courses.

This book will be of interest to postgraduates and researchers exploring the history of education in the United States, as well as academic administrators, faculty, and policy-makers with an interest in reform-based practices that have been successfully implemented in community colleges.

Chapter 7 – Lessons for the Future

is Professor at Hunter College and Professor in the Ph.D. Program in Urban Education at the City University of New York Graduate Center, USA.

"In a time when the value and structure of community college are simultaneously questioned and offered as a solution to workforce and societal needs, Jordan and Picciano’s volume breaks new ground in the study of community colleges. By shedding light on what has happened in the community college environment since the recession, they give us a wealth of ideas to think about regarding future opportunities."

"Picciano and Jordan explore the transformational work taking place across our nations Community Colleges. The authors have compiled a review fueled and steeped in the kind of data, narrative, and storytelling that posits more than documenting post-secondary shifts, but have created a compendium that will spark further discussion about educating our citizenry for success."