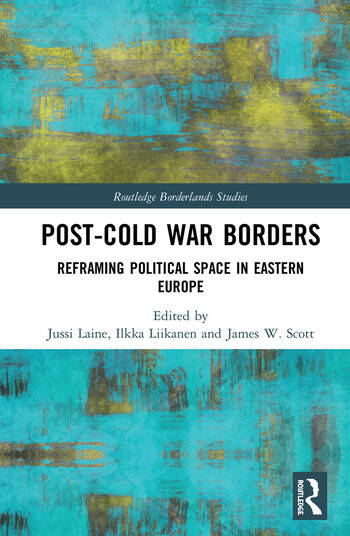 In the aftermath of the Ukraine crises, borders within the wider post-Cold War and post-Soviet context have become a key issue for international relations and public political debate. These borders are frequently viewed in terms of military preparedness and confrontation, but behind armed territorial conflicts there has been a broader shift in the regional balance of power and sovereignty. This book explores border conflicts in the EU’s eastern neighbourhood via a detailed focus on state power and sovereignty, set in the context of post-Cold war politics and international relations.

By identifying changing definitions of sovereignty and political space the authors highlight competing strategies of legitimising and challenging borders that have emerged as a result of geopolitical transformations of the last three decades. This book uses comparative studies to examine country specific variation in border negotiation and conflict, and pays close attention to shifts in political debates that have taken place between the end of State Socialism, the collapse of the Soviet Union and the outbreak of the Ukraine crises. From this angle, Post-Cold War Borders sheds new light on change and variation in the political rhetoric of the EU, the Russian Federation, Ukraine and neighbouring EU member countries. Ultimately, the book aims to provide a new interpretation of changes in international order and how they relate to shifting concepts of sovereignty and territoriality in post-Cold war Europe.

Shedding new light on negotiation and conflict over post-Soviet borders, this book will be of interest to students, researchers and policy makers in the fields of Russian and East European studies, international relations, geography, border studies and politics.

is Professor and director of the VERA Centre for Russian and Border Studies at the Karelian Institute, University of Eastern Finland