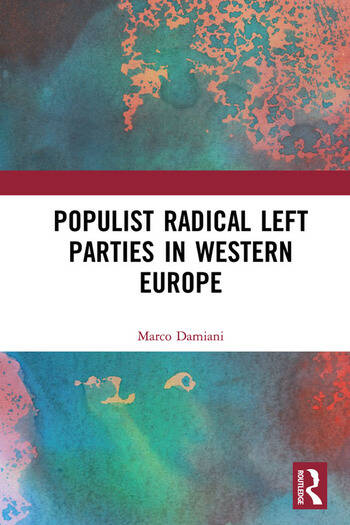 This book provides a comparative analysis and a systemic categorization of the Populist Radical Left Parties (PRLPs) in Western Europe.

So far, the topics of populism and radical left have often been dealt with separately. The innovation of this work lies in the attempt to link the two above-mentioned categories in order to provide a definition of European PRLPs and to highlight their peculiarities. By combining theoretical analysis with empirical evidence, this book studies the process of transition to populism involving several European radical left parties. The author conducted interviews with national party secretaries, party leaders and Members of Parliament of the main PRLPs, and analyses a range of case studies including Podemos (Spain), Syriza (Greece), France insoumise (France), Party of Democratic Socialism and Die Linke (Germany), Socialist Party (Netherland), Workers’ Party of Belgium (Belgium) and Sinn Féin (Ireland).

This volume will appeal to scholars and students of political science and political sociology, media studies and everyone interested trying to better understand European populism and the distinctions among its different forms.