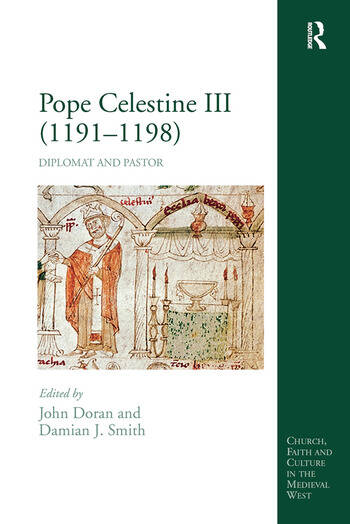 Hyacinth Bobone (c. 1105-1198) was one of the great figures of twelfth-century Europe. Active in the Roman Curia from the 1120s, a student in Paris, and associated with both Peter Abelard and Arnold of Brescia, he was made cardinal deacon of Santa Maria in Cosmedin in 1144 and served there during forty-seven years before being elected as pope in 1191. As curial cardinal and as papal legate in France, Spain, Portugal and the Empire, he was deeply involved in many of the major political conflicts and ecclesiastical reforms of his time. As pope, he contended with formidable secular rulers and serious setbacks for the crusading movement. His pontificate saw particularly notable developments in the fields of canon law and canonization policy, while his Roman origins influenced his artistic patronage in Rome and his attitude to the city's Jews. Yet this remarkable pope has been overshadowed by his celebrated successor, Pope Innocent III (1198-1216) and there has been no full-length study of his life since 1905. The fourteen studies presented here offer a fresh look at Hyacinth's early life in Rome, Paris and as legate, explain his relationship as cardinal and pope with the Christian kings, examine his promotion of the crusade in the Holy Land, on the Baltic Frontier and in the Iberian Peninsula, and analyze his role as pastor and reformer. These articles, written by leading experts in their respective fields, inform us not only on the life of an exceptional churchman but also of the vibrant and rapidly changing times in which he lived.

John Doran is Lecturer in Medieval History at University of Chester, UK. Damian J. Smith is Associate Professor in the Department of History at St Louis University, USA.