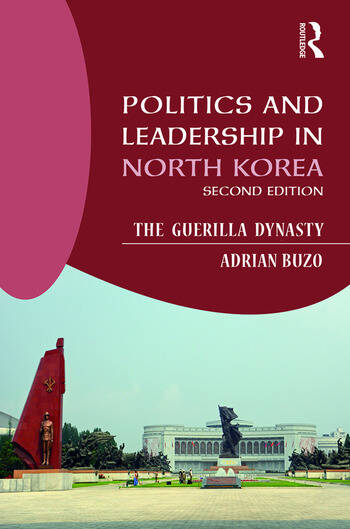 Politics and Leadership in North Korea: The Guerilla Dynasty

Politics and Leadership in North Korea, now fully updated in this second edition, presents an accessible and comprehensive account of North Korea's political, economic and foreign policies since its creation in 1945. Moving away from media representations of North Korea as dangerously erratic and dysfunctional, Adrian Buzo provides a thorough analysis of Kim Il Sung’s vision for the DPRK and demonstrates the consistency of the successive leaderships’ approach to politics, economics and international affairs.

This second edition has been fully revised and takes into account all the important events of the last fifteen years in North Korea, such as:

• the steady growth of military emphasis in both politics and ideology;

• the acquisition and continued development of nuclear capabilities;

• the implementation and eventual failure of South Korea’s ‘sunshine policy’;

• the growth of private enterprise and a consumer economy.

As such, it will continue to be an essential resource for students of North Korea, East Asian Politics and International Politics.

Adrian Buzo is a lecturer at Macquarie University, Australia. He previously served in both Seoul and Pyongyang as a diplomat.

Politics and Leadership in North Korea: The Guerilla Dynasty