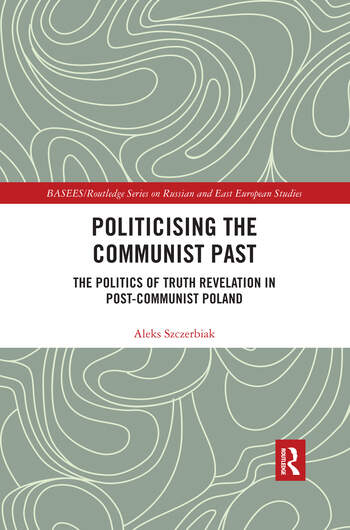 Politicising the Communist Past: The Politics of Truth Revelation in Post-Communist Poland

Poland is a particularly interesting case of truth revelation and transitional justice in a post-communist country. This is because of the radical change of trajectory in its approach to dealing with the communist past, and the profound effect this had on Polish politics. The approach moved from 'communist-forgiving' in the early 1990s, to a mild law vetting individuals for their links with the communist-era security services at the end of the decade, through to a more radical vetting and opening up of the communist security service files in the mid-2000s. This book examines the detail of this changing approach. It explains why disagreements about transitional justice became so prominent, to the extent that they constituted one of the main causes of political divisions. It sets the Polish approach in the wider context of transitional justice and truth revelation, drawing out the lessons for newly emerging democracies, both in Eastern Europe and beyond.

1. Introduction: What are truth revelation procedures and why do they matter?

2. Truth revelation in post-communist Poland: A case of late (and recurring) lustration and file access

4. Truth revelation and post-communist democratisation: The revival of lustration and file access debates in the mid-2000s

6. Communist-forgiving or seeking historical justice?: Public attitudes towards truth revelation and dealing with the communist past

7. Conclusions: The unfinished business of a contested transition?

Aleks Szczerbiak is Professor of Politics and Contemporary European Studies at the University of Sussex, UK.

Politicising the Communist Past: The Politics of Truth Revelation in Post-Communist Poland