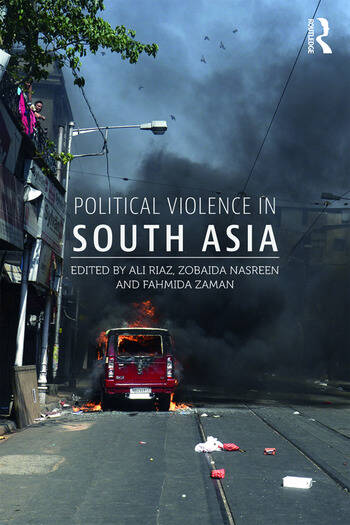 Political violence has remained an integral part of South Asian society for decades. The region has witnessed and continued to encounter violence for achieving political objectives from above and from below. Violence is perpetrated by the state, by non-state actors, and used by the citizens as a form of resistance. Ethnic insurgency, religion-inspired extremism, and ideology-driven hostility are examples of violent acts that have emerged as challenges to the states which have responded with violence in the form of civil war and through violations of human rights disregarding international norms.

Exploring how everyday life in South Asian states and societies is transformed by the engagement with violence through direct and indirect methods, this book adopts an interdisciplinary framework; diverse methods are employed – from ethnographic readings to more macro level analyses. The phenomenon is explored from historical, sociological, and political perspectives. This book will be useful as a supplementary text in courses on South Asian Studies in general and South Asian Politics in particular.

1. A Taxonomy of Political Violence in South Asia

2. Towards a relational view of political violence

5. State Violence and the Everyday - The Ecology of Suspicion and Distrust

7. The Politics of Muzaffarnagar Violence in 2013, Uttar Pradesh, India

9. Maoism and Political Violence of People’s War in Nepal

Ali Riaz is a Distinguished Professor of Political Science at Illinois State University, USA where he served as the Chair of the Department of Politics and Government from 2007 to 2017. His publications include Bangladesh: A Political History since Independence (2016) and the co-edited Routledge Handbook of Contemporary Bangladesh (2016).

Zobaida Nasreen is an Associate Professor of Anthropology at the University of Dhaka, Bangladesh. Currently she is a Fulbright fellow at the Centre for the Study of Women, Gender, and Sexuality at Rice University, Texas, USA. Her recent publications include Anthropological Thoughts (2018) and Women’s Journey against All Odds (2013).

Fahmida Zaman earned her Master’s in Global Politics and Culture from Illinois State University, USA, where she received the Outstanding Graduate Student Award 2017. Her master’s thesis examines the memory of 1947 Indian Partition and identity politics in Bangladesh.