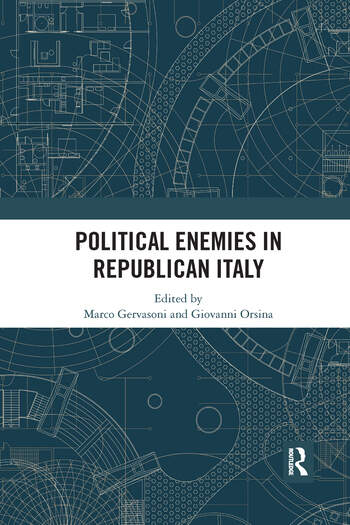 Political factionalism and ideological polarization have run high in Italian history. They must be taken into account in any attempt to explain the frailty of Italian public institutions – their instability, inefficiency, feeble legitimacy, inability to win citizens’ respect, and subservience to sectional interests. Moreover, Italian politics since the Risorgimento can be interpreted as a 150 year-long attempt to prevent factionalism and polarization from spinning out of control and becoming disruptive for the country. This book deals with the historical question of political factionalism and ideological polarization in post-1945 Italy from the point of view of delegitimation. In our definition, delegitimation occurs when one political subject denies another in principle the right to exist, and in more concrete terms that of governing the country, by arguing that it is incompatible with one or more of the values on which the public sphere is founded. The essays in this book chart the story of political delegitimation in post-1945 Italy as it occurred in different political parties, exploited different discursive arguments, was instrumental to different political projects, and was met with counter-arguments aimed at defusing it, or even at trying to counter-delegitimize the delegitimizers. The chapters originally published as a special issue in the Journal of Modern Italian Studies.

2. The misadventures of socialist anticommunism from the end of the war to the collapse of the Berlin Wall

3. Delegitimation and anticommunism in Italian neofascism

4. From enemy to opponent: the politics of delegitimation in the Italian Christian Democratic Party (1945–1992)

5. Delegitimation provided by the constitutional pact in the First Republic

6. From political enemy to profane reality: the ‘friend–enemy’ relation in the political ideology of Italian communists