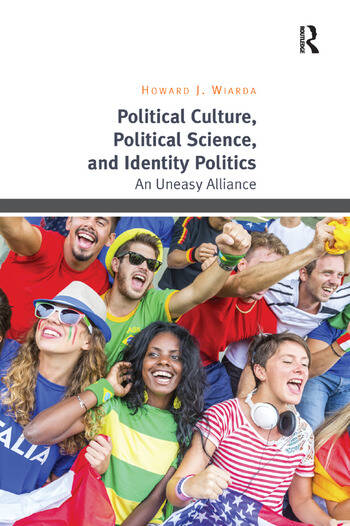 Political Culture (defined as the values, beliefs, and behavioral patterns underlying the political system) has long had an uneasy relationship with political science. Identity politics is the latest incarnation of this conflict. Everyone agrees that culture and identity are important, specifically political culture, is important in understanding other countries and global regions, but no one agrees how much or how precisely to measure it. In this important book, well known Comparativist, Howard J. Wiarda, traces the long and controversial history of culture studies, and the relations of political culture and identity politics to political science. Under attack from structuralists, institutionalists, Marxists, and dependency writers, Wiarda examines and assesses the reasons for these attacks and why political culture went into decline only to have a new and transcendent renaissance and revival in the writings of Inglehart, Fukuyama, Putnam, Huntington and many others. Today, political culture, now updated to include identity politics, stands as one of these great explanatory paradigms in political science, the others being structuralism and institutionalism. Rather than seeing them as diametrically exposed, Howard Wiarda shows how they may be made complementary and woven together in more complex, multicausal explanations. This book is brief, highly readable, provocative and certain to stimulate discussion. It will be of interest to general readers and as a text in courses in international relations, comparative politics, foreign policy, and Third World studies.

’The concept of political culture has been hotly debated for decades. This book provides an insightful interpretation of why political culture continues to play a major role in understanding how politics works in different settings, examining how the concept has evolved and how it relates to other explanatory approaches, ranging from dependency, Marxist, rational choice, and institutional explanations, to identity politics and constructivism.’ Ronald F. Inglehart, University of Michigan, USA ’Culture counts!� - it being an essential ingredient for studying the politics of other countries, asserts Howard Wiarda in this insightful and important text. His convincing and well-written account nicely synthesizes all realms of political culture, from cultural anthropology to national character studies, a complete digest the reader will find stimulating, productive, and well-balanced.’ Phil Kelly, Emporia (Kansas) State University, USA ’The value and effectiveness of political culture as an evaluative tool and predictor of national policy outcomes has become a point of scholarly disagreement among the practitioners of comparative politics and area studies. Howard Wiarda provides a comprehensive discussion and analysis of the historical evolution of political culture and points out the strengths and weaknesses of this analytical approach. Although he is a supporter of the uses of political culture, his study is balanced and carefully crafted. Wiarda by no means settles the argument over political culture but he has certainly presented a clear, credible and provocative overview.’ Michael Kryzanek, Bridgewater State University in Massachusetts, USA