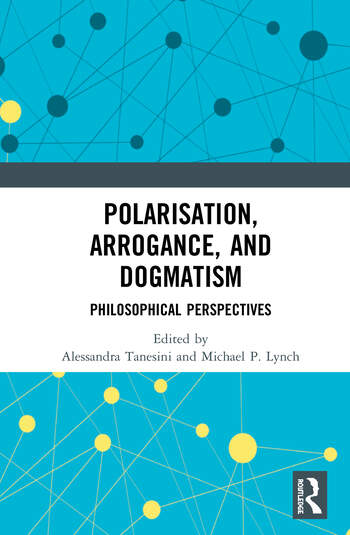 Polarisation, intransigence and dogmatism in political and moral debate have in recent years threatened to overwhelm many Western-style democracies, where for centuries reasoned argument has been a hallmark feature of tackling disagreement. For many people, this marks a worrying deterioration in the moral and political climate, threatening to create a divisive environment of "us" versus "them".

In this superb collection a team of international contributors examine these pressing issues from a philosophical perspective. Topics explored include: the problem of "deep disagreements"; martial conceptions of argumentation and the motivation to argue to win; epistemic egocentrism; intellectual trust; bullshit and dogmatism, intellectual humility and the internet; epistemic and 'tribal' arrogance and authoritarianism; empathy and polarisation; epistemic rights violations.

will be of great interest to researchers in political philosophy, applied and social epistemology, ethics and feminist philosophy, as well as those working in politics, and sociology.

5. Intellectual Trust and the Marketplace of Ideas Allan Hazlett

7. Intellectual Humility and the Curse of Knowledge Michael Hannon

9. Polarization and the Problem of Spreading Arrogance Michael P. Lynch

14. Epistemic Rights in a Polarized World: the Right to Know and the Abortion Debate Lani Watson.

Alessandra Tanesini is Professor of Philosophy at Cardiff University, UK.

Michael P. Lynch is Board of Trustees Distinguished Professor of Philosophy at the University of Connecticut, USA.