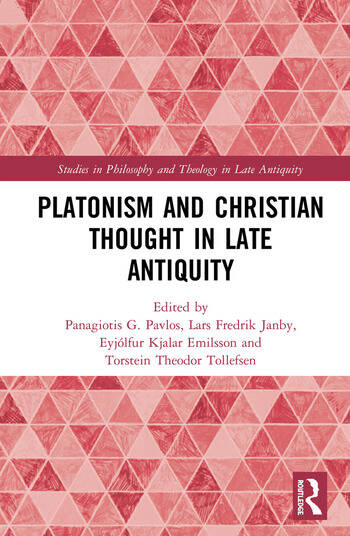 Platonism and Christian Thought in Late Antiquity examines the various ways in which Christian intellectuals engaged with Platonism both as a pagan competitor and as a source of philosophical material useful to the Christian faith. The chapters are united in their goal to explore transformations that took place in the reception and interaction process between Platonism and Christianity in this period.

The contributions in this volume explore the reception of Platonic material in Christian thought, showing that the transmission of cultural content is always mediated, and ought to be studied as a transformative process by way of selection and interpretation. Some chapters also deal with various aspects of the wider discussion on how Platonic, and Hellenic, philosophy and early Christian thought related to each other, examining the differences and common ground between these traditions.

offers an insightful and broad ranging study on the subject, which will be of interest to students of both philosophy and theology in the Late Antique period, as well as anyone working on the reception and history of Platonic thought, and the development of Christian thought.

3 Porphyry’s Daemons as a Threat for the Christians

6 Proclus, Philoponus, and Maximus: The Paradigm of the World and Temporal Beginning

8 The Impact of Ὁμοούσιον on the Divine Ideas

9 Theurgy in Dionysius the Areopagite

10 On the Meaning of Hierarchy in Dionysius the Areopagite

11 The Doctrine of Immanent Realism in Maximus the Confessor

12 That and How Perichōrēsis Differs from Participation: The Case of Maximus the Confessor

13 Apophaticism in the Search for Knowledge: Love as a Key Difference in Neoplatonic and Christian Epistemology

14 The Origin of Passions in Neoplatonic and Early Christian Thought: Porphyry of Tyre and Evagrius Ponticus

15 Augustine on Eudaimonia as Life Project and Object of Desire

Panagiotis G. Pavlos is Research Fellow at the Department of Philosophy, University of Oslo, Norway. His main interests are Late Antique metaphysics, cosmology and the early Christian philosophical tradition, with an emphasis on their interaction. His doctoral dissertation examines the concept of aptitude (epitedeiotes) in Late Antique and Early Christian thought.

Lars Fredrik Janby holds a Ph.D. in the History of Ideas from the University of Oslo, Norway, where he defended a thesis on Augustine’s encyclopedic project. His research focuses on Christian receptions of classical material in Late Antiquity.

Eyjólfur Kjalar Emilsson is Professor of Philosophy at the University of Oslo, Norway. His research interests include topics in metaphysics and ethics in the ancient and late ancient classical philosophical tradition. He is the author of four monographs and numerous articles on ancient philosophy, focusing on Plotinus in particular.

is Professor of Philosophy at the University of Oslo, Norway. His main interests are metaphysics and cosmology in late antiquity and early Byzantium, and the tensions and interactions between pagan and Christian thought in that period.