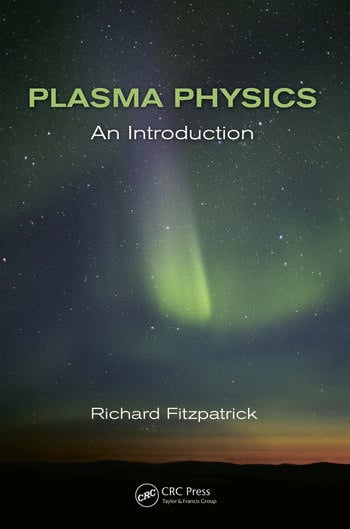 Encompasses the Lectured Works of a Renowned Expert in the Field

is based on a series of university course lectures by a leading name in the field, and thoroughly covers the physics of the fourth state of matter. This book looks at non-relativistic, fully ionized, nondegenerate, quasi-neutral, and weakly coupled plasma. Intended for the student market, the text provides a concise and cohesive introduction to plasma physics theory, and offers a solid foundation for students wishing to take higher level courses in plasma physics.

Mathematically Rigorous, but Driven by Physics

addresses applied areas and advanced topics in the study of plasma physics, and specifically demonstrates the behavior of ionized gas.

"[This] book is a textbook treating plasma physics in its breadth, on an introductory level, however focusing on the by far most common form of plasma, which is the ‘fully ionised, non-relativistic, non-degenerate, quasi-neutral and weakly coupled plasma’…The present book is intended to accompany a graduate-level course on plasma physics, giving appropriate end-of-chapter problems (with a solutions manual available for teachers)… The text is nicely structured into short sections, treating the topic with full mathematical rigour and with references to scientific publications. It assumes an understanding of classical mechanics, electrodynamics, waves and oscillations, integral and differential calculus, vector fields, complex analysis, and Fourier and Laplace transforms.
The overall text is rather concise (290 pages with 36 black-and-white illustrations) and the topics are well chosen for such a brief introduction...the book deserves a recommendation as a companion for an introductory course in the subject."
—Manuel Vogel, GSI Darmstadt, in Contemporary Physics (Vol. 57, No. 4)

"In recent years, graduate and advanced undergraduate students with a suitable background in classical mechanics and electromagnetic theory have had the luxury of choosing between several very good textbooks that present the core principles of plasma physics. In that crowded field, Richard Fitzpatrick’s Plasma Physics: An Introduction distinguishes itself by its excellence. For those of us who have admired Fitzpatrick for his seminal contributions to the subject of magnetohydrodynamic (MHD) instabilities in fusion plasmas, his book is as much a source of pleasure as his papers are for their clarity and rigor. … the book has some unique features that make it especially attractive to both students and researchers. Examples include systematic and readable accounts of the Braginskii equations and the Chapman–Enskog method for weakly collisional plasmas. Nice physical explanations for the transport effects that emerge from the baroque complexity of orderings and expansions will help students see the forest for the trees. … an excellent and compact textbook—complete with problem sets and references—that has earned a permanent place on my bookshelf. Thanks to the several useful and well-presented topics, I would expect the book to endure as a standard text in colleges and universities all over the world."
—Physics Today, July 2015

"Certainly we are not short of introductory textbooks for plasma physics, but I endorse this new one since it stands out for a couple of good reasons. First, this book provides broad background materials without targeting one particular area of applications of plasma physics. This is not the case for most of the available plasma physics books on the market. … writing such a book is certainly not an easy task as most authors are brought up to their status by practicing one particular application.
Second, the book goes into fine details of the step-by-step derivations, which is very valuable for students wanting to work through the process. … Finally, it contains a rich set of real-world examples for applications of introductory plasma physics. A good example of such is Van Allen radiation belts mentioned in Chapter 2: Charged Particle Motion. It is just amazing to see how much physics insights we can gain about these complicated space plasma physics phenomena through simple charged particle motions, which are typically described abstractly in other textbooks."
—Hantao Ji, Professor of Astrophysical Sciences, Princeton University

"One of the most confusing features of plasma physics is the wealth of different levels of description that can be used in different circumstances. … This book provides an excellent treatment of these different starting points for the description of plasma phenomena, explaining in detail how they are related and the regimes in which each is applicable. A student who works through the book and problems in each chapter will have an excellent grounding for further work in the subject. More experienced researchers will find that it provides interesting insights into the basics of the subject and is a valuable source of reference."
—Alan Cairns, University of St Andrews, Fife, Scotland

"This introduction to plasma physics by Richard Fitzpatrick originates from many years of lecturing and it shows—in the most positive way! The selection of topics is appealing to anyone entering into high temperature plasma physics, be it astrophysics or fusion. The physics explanations are intuitive and give great insight and yet the mathematical treatment is rigorous where necessary. Definitely recommended for plasma physics students, but also the experienced researcher will find interesting aspects."
—Hartmut Zohm, Max-Planck-Institut für Plasmaphysik, Garching, Germany 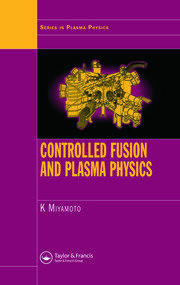 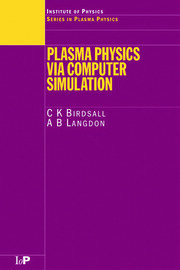 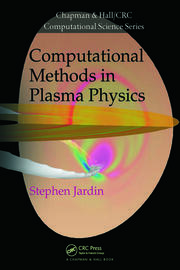