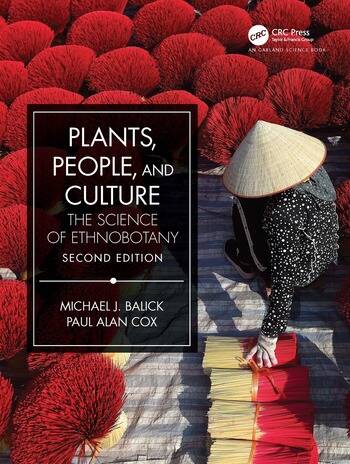 Plants, People, and Culture: The Science of Ethnobotany

Botanical wisdom of indigenous peoples has led to discoveries of new pharmaceuticals, chemical compounds, and a myriad of other products. Using riveting stories of fieldwork in remote villages, two of the world’s leading ethnobotanists argue that the very roots of human culture are deeply intertwined with plants. One out of four prescription drugs, for example, was discovered from plants used by indigenous peoples for healing. Today ethnobotanical searches for new remedies for Alzheimer’s, ALS, and other neurodegenerative illnesses are proceeding at a rapid pace. However, rapid changes in diets of indigenous peoples are linked to increasing levels of diabetes and arteriosclerosis. Yet this understanding of indigenous diets can possibly lead to new strategies for preventing and treating disease.

The wisdom of indigenous shipwrights and weavers provides further evidence of the botanical sophistication of indigenous peoples, as does the shaman's use of plants as a doorway into the other world—a realm populated by both angelic and demonic beings. Indigenous claims that plants themselves are sacred leads to a startling reconsideration of biological conservation. The authors, who have spent decades in remote villages argue that rain forest conservation can best be accomplished by learning from, rather than opposing, indigenous peoples.

•     A highly readable narrative that encourages the user to personally engage with the relationship between plants, people, and culture

•     New to this edition—Plants that Harm, a chapter that examines the toxicology of plant poisons, but also the remarkable modification and re-appropriation of these compounds for use in treating disease and addiction

Designed for the college classroom as well as for the general lay reader, Plants, People, and Culture, Second Edition, entices the reader with first-hand stories of fieldwork, spectacular illustrations, and a deep respect for both indigenous peoples and the earth's natural heritage.

1. People and Plants  2. Plants That Heal  3. Plants That Harm  4. From Hunting and Gathering to Haute Cuisine  5. Plants as the Basis for Material Culture  6. Entering the Other World  7. Biological Conservation and Ethnobotany

Michael J. Balick is Vice President and Director of the Institute of Economic Botany and Senior Philecology Curator at The New York Botanical Garden. He has studied the relationship between plants, people and culture in the Amazon Valley, Central and South America, the Middle East, Asia and Oceania.

Paul Alan Cox, recognized by Time Magazine as a “Hero of Medicine” for his ethnobotanical search for new medicines, was awarded the Goldman Environmental Prize for his conservation efforts with indigenous peoples. He founded the island conservation organization Seacology and is Director of the Brain Chemistry Labs in Jackson Hole. 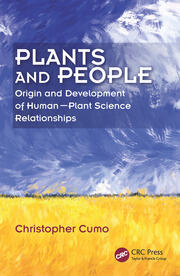 Plants and People: Origin and Development of Human--Plant Science Relationships 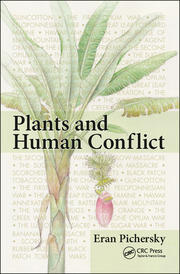 Plants, People, and Culture: The Science of Ethnobotany