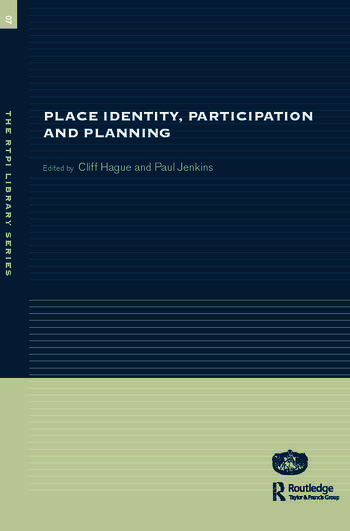 The central concern of this book is place identity, and its representation and manipulation through planning. Place identity is of growing international concern, both in planning practice and in academic work. The issue is important to practitioners because of the impact of globalisation on notions of place. This book includes comparisons between Norway, the Netherlands, Sweden and Scotland, focusing strongly on the question of how different spatial planning systems and practices are currently conceiving and affecting issues of place identity.

Cliff Hague is internationally known as a planning researcher and teacher, and as a Past President of the RTPI. He has participated in a number of projects for the main spatial planning ministry in the UK, including research into international experience of participatory planning and mediation in plan-making, and serving as the UK national Contact Point on a European research programme called ESPON. His interest and experience in international and comparative planning led to his participation in an Interreg project involving Scottish, Dutch, Norwegian and Swedish local authorities as partners, and a study of the extent to which Interreg has helped to apply the European Spatial Development perspective. He has co-authored with Karryn Kirk a Scoping Study on Polycentric Urban Development for use by practising planners in Interreg projects. His monthly column in ^D<"Planning^D>" magazine is widely read in the UK and abroad.

Paul Jenkins is an architect by training. He has worked during the past thirty years in, and with, a wide range of organisations. More than 20 years of this has been in Africa. This has been in urban planning and housing, architecture and construction - in policy, practice, training and research. His main research focus is the changing relationship between the state and civil society. Recent research has included: housing policy formulation and governance, urban planning and management, land access, and the effect of globalisation on urban areas. His main interests are widening participation and community empowerment, with a focus on low-income groups. He has also become increasingly involved in promoting participation of civil society in human settlements issues in Europe and Africa. Since 1996 he has been based in Edinburgh.