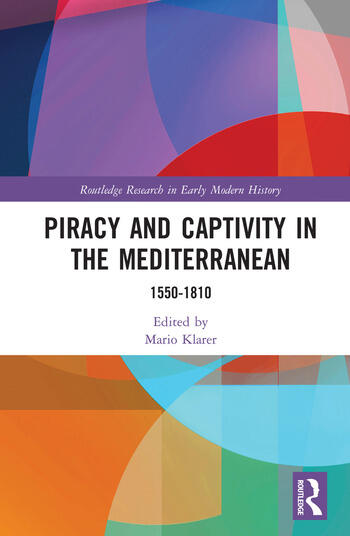 Piracy and Captivity in the Mediterranean

explores the early modern genre of European Barbary Coast captivity narratives from the sixteenth to the nineteenth century. During this period, the Mediterranean Sea was the setting of large-scale corsairing that resulted in the capture or enslavement of Europeans and Americans by North African pirates, as well as of North Africans by European forces, turning the Barbary Coast into the nemesis of any who went to sea.

Through a variety of specifically selected narrative case studies, this book displays the blend of both authentic eye witness accounts and literary fictions that emerged against the backdrop of the tumultuous Mediterranean Sea. A wide range of other primary sources, from letters to ransom lists and newspaper articles to scientific texts, highlights the impact of piracy and captivity across key European regions, including France, Italy, Germany, the Netherlands, Portugal, Spain, Scandinavia, and Britain, as well as the United States and North Africa.

Divided into four parts and offering a variety of national and cultural vantage points, Piracy and Captivity in the Mediterranean addresses both the background from which captivity narratives were born and the narratives themselves. It is essential reading for scholars and students of early modern slavery and piracy.

3. Ambivalences of Recognition: The Position of the Barbary Corsairs in Early Modern International Law and International Politics

5. "Renegades:" Converts to Islam in American Barbary Captivity Narratives of the 1790s

6. Identity Crises of Homecomers from the Barbary Coast

7. "Arab Speculators:" States and Ransom Slavery in the Western Sahara

8. Michael Heberer: A Prisoner in the Ottoman Navy

9. Piracy, Diplomacy, and Cultural Circulations in the Mediterranean

10. A Comparison of Confraternity Models in the "Redemption of Slaves" in Europe: The Broederschap der alderheylighste Dryvuldigheyt of Brugge/Bruges and the Scuola della Santissima Trinità of Venice

13. Two Arabic Accounts of Captivity in Malta: Texts and Contexts

Mario Klarer is a professor of American Studies at the University of Innsbruck. He is the author of several Routledge textbooks, monographs on literature and the visual arts as well as literary utopias. His forthcoming publications include a primary text anthology of Barbary Coast captivity narratives and a digital edition of the Ambraser Heldenbuch.