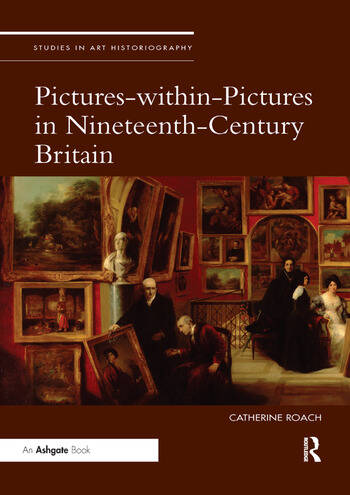 Repainting the work of another into one’s own canvas is a deliberate and often highly fraught act of reuse. This book examines the creation, display, and reception of such images. Artists working in nineteenth-century London were in a peculiar position: based in an imperial metropole, yet undervalued by their competitors in continental Europe. Many claimed that Britain had yet to produce a viable national school of art. Using pictures-within-pictures, British painters challenged these claims and asserted their role in an ongoing visual tradition. By transforming pre-existing works of art, they also asserted their own painterly abilities. Recognizing these statements provided viewers with pleasure, in the form of a witty visual puzzle solved, and with prestige, in the form of cultural knowledge demonstrated. At stake for both artist and audience in such exchanges was status: the status of the painter relative to other artists, and the status of the viewer relative to other audience members. By considering these issues, this book demonstrates a new approach to images of historic displays. Through examinations of works by J.M.W. Turner, John Everett Millais, John Scarlett Davis, Emma Brownlow King, and William Powell Frith, this book reveals how these small passages of paint conveyed both personal and national meanings.

1 Creating from Copies: John Scarlett Davis and the British Institution, 1829–1830

Catherine Roach is an Assistant Professor of Art History at Virginia Commonwealth University.

Winner of the Historians of British Art Book Prize for a single-authored book with a subject after 1800!

'Pictures-within-Pictures is a smart, impressively-researched, and rich series of readings of individual paintings that opens up into a thought-provoking discussion of how visual citation and recognition functioned for Victorian artists and viewers, and how such references forged new identities for viewers and audiences in specific exhibition venues.'

'Catherine Roach has written a fascinating account of an equally fascinating genre that has largely escaped scholarly attention .... As Roach points out in this excellent, innovative study, in reproducing other artists' works, painters made those works their own, appropriating them to comment on on array of moral, social and art world topics and (hopefully) their own place in the canon.'

'Catherine Roach’s Pictures-within-Pictures in Nineteenth-Century Britain announces its quirky theme in its title: paintings that appear within paintings. Such pictures provide a guilty pleasure for the art historian, providing—in Roach’s words—"the delighted surprise that comes from identifying an image from memory and seeing it made strange" (19). Yet Roach’s book demonstrates that this is not just an art-historical gimmick or a simple riddle. Rather, through such pictures, artists make significant statements about art and nationhood, and propose their own art histories.'