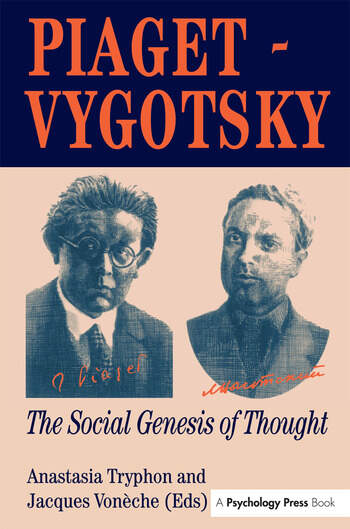 This book is the outcome of a long and passionate debate among world experts about two of the most pivotal figures of psychology: Jean Piaget and Lev Vygotksy. The occasion was a week-long advanced course held at the Jean Piaget Archives in Geneva. The most interesting outcome of the meeting is that, in spite of differences in aims and scopes (epistemogenesis versus psychogenesis), in units of analysis (events versus action) and in social contents (Swiss capitalism versus Soviet communism) both Piaget and Vygotsky reached a similar conclusion: knowledge is constructed within a specific material and social context. Moreover, their views complement each other perfectly: where Vygotsky insists on varieties of psychological experiences, Piaget shows how, out of diversity, grows universality, so much so that the most communist of the two is not necessarily the one who was so labelled.
This book is not only of interest to developmental, social and learning psychologists, but also deals with issues pertinent to education, epistemology, language, thought and cognition, anthropology and philosophy. It is likely to shed some light on the state of affairs in psychology for the general reader too, because it is clear and precise, straightforward and uses virtually no jargon.

A. Tryphon, J. Vonèche, Introduction. R. Wozniak, Qu'est-ce que l'intelligence? Piaget, Vygotsky, and the 1920s Crisis in Psychology. J.V. Wertsch, The Role of Abstract Rationality in Vygotsky's Image of Mind. R. van der Veer, Structure and Development. Reflections by Vygotsky. E. Marti, The Mechanisms of Internalisation/Externalisation of Knowledge in Piaget's and Vygotsky's Theories. J-P. Bronckart, Units of Analysis and Interpretation of Development. What is a "Developmental Explanation"? L. Smith, The Social Construction of Rational Understanding. J. Brockmeier, Construction and Interpretation: Exploring a Joint Perspective on Piaget and Vygotsky. A.L. Brown, K.E. Metz, J.C. Campione, Social Interaction and Individual Understanding in a Community of Learners: The Influence of Piaget and Vygotsky. J. Berthoud-Papandropoulou, H. Kilcher, Relations Between the Clinical Method and the Zone of Proximal Development in a Constructivist Approach to the Study of Language Acquisition. I. Vila, Intentionality, Communication and Language. J. Piaget, Some Impressions of a Visit to Soviet Psychologists.