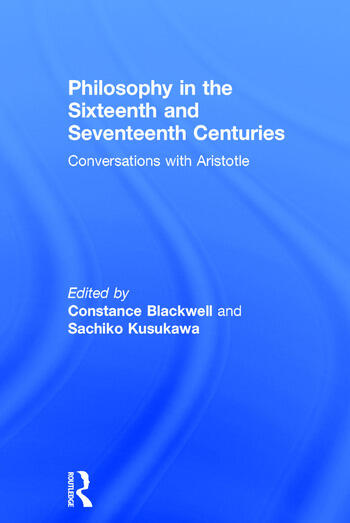 Philosophy in the Sixteenth and Seventeenth Centuries: Conversations with Aristotle

This volume offers an important re-evaluation of early modern philosophy. It takes issue with the received notion of a ’revolution’ in philosophical thought in the 17th-century, making the case for treating the 16th and 17th centuries together. Taking up Charles Schmitt’s formulation of the many ’Aristotelianisms’ of the period, the papers bring out the variety and richness of the approaches to Aristotle, rather than treating his as a homogeneous system of thought. Based on much new research, they provide case studies of how philosophers used, developed, and reacted to the framework of Aristotelian logic, categories and distinctions, and demonstrate that Aristotelianism possessed both the flexibility and the dynamism to exert a continuing impact - even among such noted ’anti-Aristotelians’ as Descartes and Hobbes. This constant engagement can indeed be termed ’conversations with Aristotle’.

'... anyone interested in early modern intellectual history will find something worth reading here.' Neo-Latin News

Philosophy in the Sixteenth and Seventeenth Centuries: Conversations with Aristotle