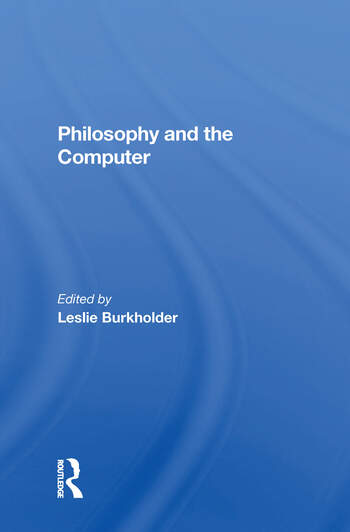 Philosophy And The Computer

The contributors set out to demonstrate the influence of the computer - not just in the philosophy of mind, where the influence has been enormous, but also in epistemology, metaphysics, logic and the philosophy of mathematics. Even ethics and ethical reasoning have been explored through the use of the computer. Indeed, the lead contribution by Nobel Laureate Herbert Simon argues that it is no exaggeration to speak of a "computational turn" in philosophy to match the much-celebrated (and maligned) "linguistic turn" of a previous generation. Of particular interest are the examinations of the wide range of applications of computational methods, the innovative instructional computer programs, and the discussions of the ethical implications of computer use.

Philosophy And The Computer