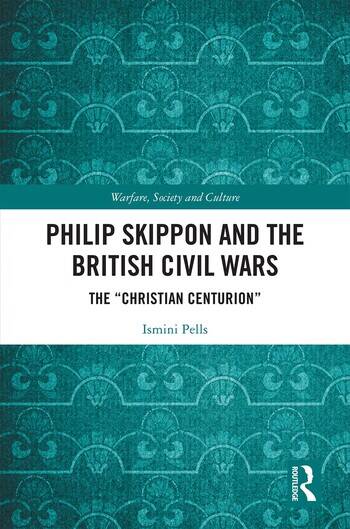 Philip Skippon and the British Civil Wars: The "Christian Centurion"

Philip Skippon was the third-most senior general in parliament’s New Model Army during the British Civil Wars. A veteran of European Protestant armies during the period of the Thirty Years’ War and long-serving commander of the London Trained Bands, no other high-ranking parliamentarian enjoyed such a long military career as Skippon. He was an author of religious books, an MP and a senior political figure in the republican and Cromwellian regimes. This is the first book to examine Skippon’s career, which is used to shed new light on historical debates surrounding the Civil Wars and understand how military events of this period impacted upon broader political, social and cultural themes.

1. The English Gentry, Self-Fashioning and the Pursuit of Military Service

2. Military Culture and Professionalism in the English Regiments in Foreign Service

3. Civic Militarism, Religious Idealism and Politics in the City of London

4. The Art Militaire of the Civil Wars in Its European Context

5. The Experience of Warfare and Martial Culture Amongst Ordinary Soldiers During the Civil Wars

6. Military Victory and Alliances Under Strain

7. Reconciliation, Reform and the Rump Parliament

8. Military and Civilian Government from the Cromwellian Protectorate to the Restoration

Philip Skippon and the British Civil Wars: The "Christian Centurion"