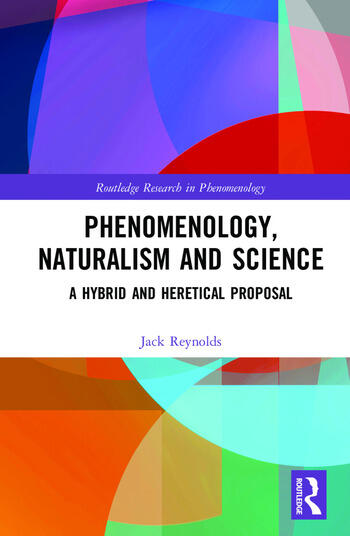 Phenomenology, Naturalism and Science: A Hybrid and Heretical Proposal

Arguing for the compatibility of phenomenology and naturalism, this book also refashions each. The opening chapters begin with a methodological focus, which seeks to curb the "over-bidding" characteristic of both traditional transcendental phenomenology and scientific naturalism. Having thus opened up the possibility that the twain might meet, it is in the detailed chapters on matters where scientific and phenomenological work overlap and sometimes conflict – on time, body, and others – that the book contests some of the standard ways of understanding the relationship between phenomenological philosophy and empirical science, and between phenomenology and naturalism. Without invoking a methodological move of quarantine, in which each is allocated to their proper and separate domains, the book outlines the significance of the first-person perspective characteristic of phenomenology – both epistemically and ontologically – while according due respect to the relevant empirical sciences. The book thus renews phenomenology and argues for its ongoing relevance and importance for the future of philosophy.

Part I: Methodology and Metaphilosophy

Chapter 2: Phenomenology and Naturalism: A Hybrid and Heretical Proposal

Jack Reynolds is Professor of Philosophy and Associate Dean (Research) of the Faculty of Arts and Education at Deakin University. Other books of his include: Chronopathologies: The Politics of Time in Deleuze, Derrida, Analytic Philosophy and Phenomenology (2012), Analytic Versus Continental: Arguments on the Methods and Value of Philosophy (2010, with James Chase), Merleau-Ponty and Derrida: Intertwining Embodiment and Alterity (2004), and Understanding Existentialism (2006).

Phenomenology, Naturalism and Science: A Hybrid and Heretical Proposal