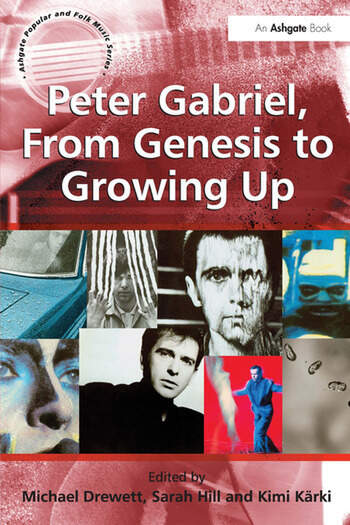 Peter Gabriel, From Genesis to Growing Up

Ever since Peter Gabriel fronted progressive rock band Genesis, from the late 1960s until the mid 1970s, journalists and academics alike have noted the importance of Gabriel's contribution to popular music. His influence became especially significant when he embarked on a solo career in the late 1970s. Gabriel secured his place in the annals of popular music history through his poignant recordings, innovative music videos, groundbreaking live performances, the establishment of WOMAD (the World of Music and Dance) and the Real World record label (as a forum for musicians from around the world to be heard, recorded and promoted) and for his political agenda (including links to a variety of political initiatives including the Artists Against Apartheid Project, Amnesty International and the Human Rights Now tour). In addition, Gabriel is known as a sensitive, articulate and critical performer whose music reflects an innate curiosity and deep intellectual commitment. This collection documents and critically explores the most central themes found in Gabriel's work. These are divided into three important conceptual areas arising from Gabriel's activity as a songwriter and recording artist, performer and activist: 'Identity and Representation', 'Politics and Power' and 'Production and Performance'.

'...a collection of insightful and engaging essays about Gabriel’s status as a singer, songwriter, producer and humanist...' Perfect Beat 'A careful reading of all the essays gives the reader an impressive idea of just how profound the things are you can examine in Peter Gabriel's work. The range of topics is as delightful as the sound standing of the essays.' Genesis News ’[these] essays ... reveal many new insights into one of the more successful pop-rock artists of the past four decades. This volume offers a well-rounded sampling of Gabriel’s career and a strong argument for the benefits of an interdisciplinary examination of a single subject.’ Notes

Peter Gabriel, From Genesis to Growing Up