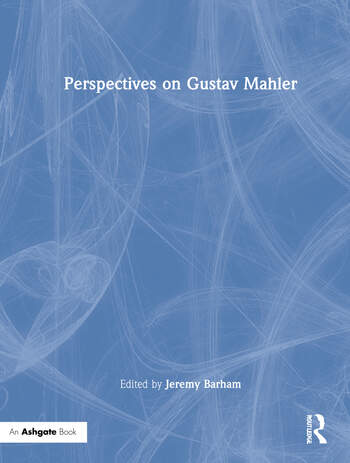 Gustav Mahler's music continues to enjoy global prominence, both in live or recorded performance and within broader ranges of critical perception and cultural sensibility. In recognition of such a profile, this volume brings together a unique collection of essays exploring the diverse methods and topics characteristic of recent advances in Mahler scholarship. The book's international group of contributors is actively involved not only in bringing fresh approaches to Mahler research in areas such as analysis, sketch studies and reception history, but also in examining hitherto neglected issues of cultural and biographical interpretation, performance practice and compositional aesthetic, thereby illustrating the developing vitality and scope of this field. Engaging with its subject from reconstructive, documentary, theoretical, analytical, discursive and interpretative viewpoints, this volume provides a wide spectrum of contexts in which continuing debate about Mahler's life and works can flourish. Its varied themes and strategies nevertheless collectively recognize and negotiate the shifting space both between the composer's life and his artistic creativity, and between the musical results of that creativity and the critical-analytical process. The essays in this book accordingly fill certain gaps in the scholarly understanding of the composer, and re-orientate Mahler studies towards some of the central concerns of contemporary musicological thinking.

Jeremy Barham is Lecturer in Music at the University of Surrey. His research interests include the music of Gustav Mahler; 19th- and early 20th-century music history and aesthetics, interdisciplinary and cultural studies, film studies and jazz. He is the author of numerous articles on Mahler and editor for The Cambridge Companion to Mahler (2005).

'The cast list of contributors to this exciting and important choice of essays includes a number of major scholars in the vanguard of modern specialist Mahler studies, not least the editor himself.' Classical Music '... an absorbing read.' BBC Music Magazine ’...the reader is well served...generously illustrated with plates, tables, figures, and musical examples. A full bibliography and index round out the volume...Highly recommended.’ Choice ’The essays collected in Perspectives on Gustav Mahler represent the broad spectrum of current Mahler scholarship, and they contain something for everyone with an interest in Mahler: scholars and students of music and interdisciplinary fields, performers and their audiences, and the general public... the collection as a whole fills gaps and dispels myths...Perspectives on Gustav Mahler is recommended for academic and large public libraries as a thought-provoking representation of current Mahler scholarship.' Notes ’...this lavishly equipped volume contains very interesting essays. It can be used both by laymen and experts in Mahler's art, which is one of the main advantages of the book... The essays in Perspectives on Gustav Mahler fill certain gaps in the scholarly understanding of the composer, but also re-orientate Mahler studies towards some of the central concerns of contemporary musicology, making this volume one of the best recent publications about Gustav Mahler.’ Reviews and Information on Publications, IRASM