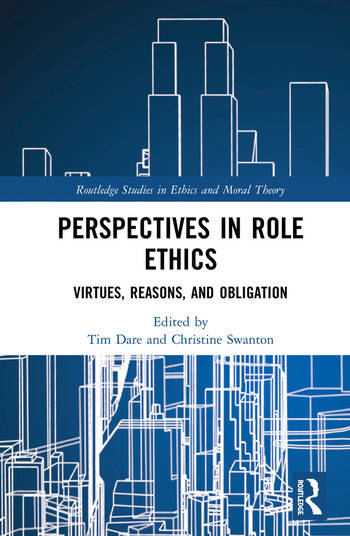 Although our moral lives would be unrecognisable without them, roles have received little attention from analytic moral philosophers. Roles are central to our lives and to our engagement with one another, and should be analysed in connection with our core notions of ethics such as virtue, reason, and obligation.

This volume aims to redress the neglect of role ethics by confronting the tensions between conceptions of impartial morality and role obligations in the history of analytic philosophy and the Confucian tradition. Different perspectives on the ethical significance of roles can be found by looking to debates within professional and applied ethics, by challenging existing accounts of how roles generate reasons, by questioning the hegemony of ethical reasons, and by exploring the relation between expertise and virtue. The essays tackle several core questions related to these debates:

is an examination of a largely neglected topic in ethics. It will appeal to a broad range of scholars in normative ethics, virtue ethics, non-Western ethics, and applied ethics interested in the importance of roles in our moral life.

Part I: Roles and Morality

2. Roles all the Way Down

3. Expertise and Virtue in Role Ethics

4. The Role of Roles in Normative Economy of a Life

5. Roles and Virtues: Early Confucians on Social Order and the Different Aspects of Ethics

6. That’s What Friends Are For: A Confucian Perspective on the Moral Significance of Friendship

Tim Dare is Associate Professor of Philosophy at the University of Auckland, New Zealand. He is the author of The Counsel of Rogues? A Defence of the Standard Conception of the Lawyer’s Role (2009). He has also written on the philosophy of law and applied and professional ethics.

Christine Swanton is an Honorary Research Fellow at the University of Auckland, New Zealand. She is the author of The Virtue Ethics of Hume and Nietzsche (2015), Virtue Ethics: A Pluralist View (2005), and Freedom: A Coherence Theory (1992).