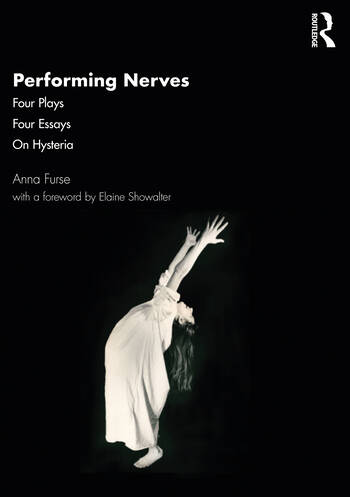 Academic interest in hysteria has burgeoned in recent decades. The topic has been probed by feminist theorists, cultural studies specialists, literary scholars, anthropologists, sociologists, psychologists, medical and art historians as well as novelists. The hysteric is construed as a powerless, voiceless subject, marginalised by the forces of the patriarchy that have been at root cause of their distress, dissembling and disablement.

In Performing Nerves, Anna Furse interweaves her artistic and academic practice, drawing on her own performance texts to explore four different versions of debilitating hysteric suffering. Each text is extensively annotated, revealing the dramaturgical logic and in turn the historical, medical and cultural context behind their protagonists' illness that is argued as environmentally caused in each case. This unique, reflective insight into a playwright and director’s craft offers not only an account of how mental suffering can manifest in different contexts and times, from the 19th century to today, but also a breadth of access to the ideas that can motivate creative research.

Chapter 2 What She Wants SEA/WOMAN

Anna Furse is Professor Theatre and Performance at Goldsmiths College, University of London, where she is Co-Director of the Centre of the Body and Director of the MA in Performance Making. A veteran award-winning theatre artist, she writes and produces her own works internationally, through commissions and co-productions. She is a published author of plays and theoretical writing, a frequent speaker at international conferences, and Artistic Director of her own production company Athletes of the Heart: www.athletesoftheheart.org.