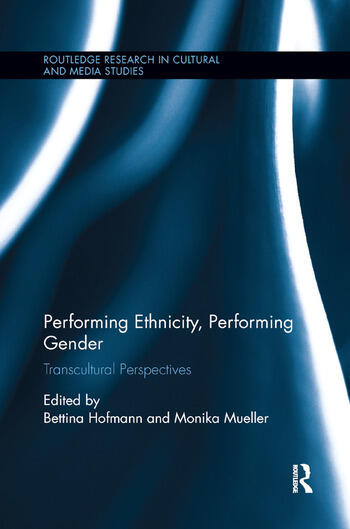 Performance and performativity are important terms for a theorization of gender and race/ethnicity as constitutive of identity. This collection reflects the ubiquity, diversity, and (historical) locatedness of ethnicity and gender by presenting contributions by an array of international scholars who focus on the representation of these crucial categories of identity across various media, including literature, film, documentary, and (music) video performance. The first section, "Political Agency," stresses instances where the performance of ethnicity/gender ultimately aims at a liberating effect leading to more autonomy. The second section, "Diasporic Belonging," explores the different kinds of negotiations of ethnic performances in multi-ethnic contexts. The third part, "Performances of Ethnicity and Gender" scrutinizes instances of the combined performance of ethnicity and gender in novels, films, and musical performances. The last section "Cross-Ethnic Traffic" contains a number of contributions that are concerned with attempts at crossing over from "one ethnicity into another" by way of performance.

4. Limning the Limit or Notes toward an Outline of Activist Performance at the Limit (Samir Dayal)

7. Asian American Family Memoirs and the Performance of Identity and Readership in Transcultural Societies (Rocio Davis)

Part 3: Performances of Ethnicity and Gender

9. Performing Identity as a Challenge to Heteronormativity: Public and Private Spaces in R. Raj Rao’s The Boyfriend (Wolfgang Holtkamp)

13. The Performance of Ethnicity in Bollywood-Style Music Videos by Cornershop and by Ramesh B. Weeratunga (Monika Mueller)

14. Performing Poetry: Langston Hughes, "I, too

Bettina Hofmann is Senior Lecturer in the Department of Humanities and Cultural Studies at the University of Wuppertal, Germany

Monika Mueller is Senior Lecturer in the Department of English at the University of Bochum, Germany