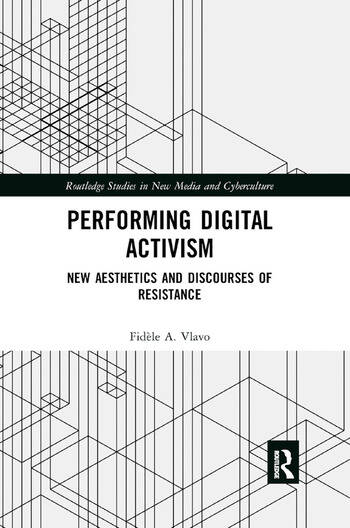 From the emergence of digital protest as part of the Zapatista rebellion, to the use of disturbance tactics against governments and commercial institutions, there is no doubt that digital technology and networks have become the standard features of 21st century social mobilisation. Yet, little is known about the historical and socio-cultural developments that have transformed the virtual sphere into a key site of political confrontation. This book provides a critical analysis of the developments of digital direct action since the 1990s. It examines the praxis of electronic protest by focussing on the discourses and narratives provided by the activists and artists involved. The study covers the work of activist groups, including Critical Art Ensemble, Electronic Disturbance Theater and the electrohippies, as well as Anonymous, and proposes a new analytical framework centred on the performative and aesthetic features of contemporary digital activism.

1. 'I Come from Cyberspace': The Space of Resistance

3. 'What CD was ECD is now': The Legacy of Contention

4. 'Not Found on this Server': The Performance of Protest

5. 'I Did It for the Lulz': The Humour of Disturbance

Fidèle A. Vlavo is Assistant Professor in Digital Communication at Universidad Iberoamericana, Mexico.