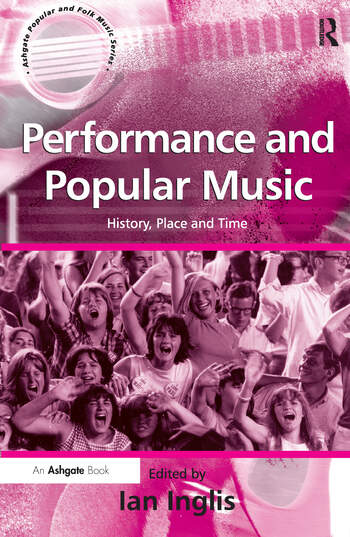 Since the emergence of rock'n'roll in the early 1950s, there have been a number of live musical performances that were not only memorable in themselves, but became hugely influential in the way they shaped the subsequent trajectory and development of popular music. Each, in its own way, introduced new styles, confronted existing practices, shifted accepted definitions, and provided templates for others to follow. Performance and Popular Music explores these processes by focusing on some of the specific occasions when such transformations occurred. An international array of scholars reveal that it is through the (often disruptive) dynamics of performance - and the interaction between performer and audience - that patterns of musical change and innovation can best be recognised. Through multi-disciplinary analyses which consider the history, place and time of each event, the performances are located within their social and professional contexts, and their immediate and long-term musical consequences considered. From the Beatles and Bob Dylan to Michael Jackson and Madonna, from Woodstock and Monterey to Altamont and Live Aid, this book provides an indispensable assessment of the importance of live performance in the practice of popular music, and an essential guide to some of the key moments in its history.

Dr Ian Inglis is Senior Lecturer in Sociology at the University of Northumbria, UK.

’Performance and Popular Music is a welcome book in the growing tradition of performance and reception studies... The book's chronological organization, spanning 1964 to 1992, accessible language and clear layout will make the text useful for academics, students, and popular music enthusiasts alike... Its well-crafted pages bring alive the connection between performers and audiences and begin to illumine the impact these live events have had on pop music's tumultuous, media-drenched history... Performance and Popular Music is a needed addition to popular music performance studies.’ Sociology ’... an excellent collection... this collection provides us with a valuable contribution to the study of rock performance. It holds together especially well as several essays, reflective of the overarching theme of the book, seem to build upon earlier ones in much the same way the performances under discussion built upon one another... Performance and Popular Music will find an audience among scholars, general rock music listeners, and students - it will function well as a text in a rock music class, especially given its somewhat extensive bibliography.’ Popular Music and Society ’... the book provides some provocative views on performance and ought to be included in academic library collections with an interest in popular music studies.’ Notes