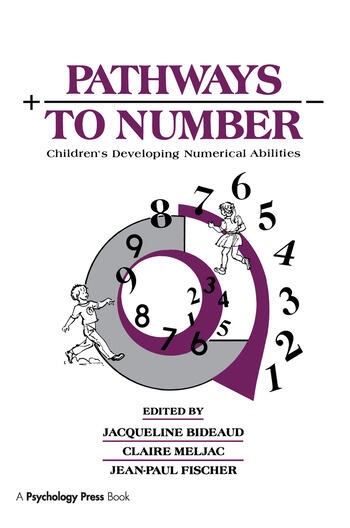 This volume celebrates the 50th anniversary of the famous and influential work of Jean Piaget and Alina Szeminska, The Child's Conception of Number. It is a tribute to those two authors as well as to the entire Geneva school that pioneered the genetic study of cognitive structures in children. Dealing with the process of the child's construction of the notion of number -- a very important subject for the child as well as for the teacher, the researcher, and the practicing psychologist -- it summarizes the progress that has been made and outlines new research directions in this area. The book is a compilation of the work of the foremost international researchers in this area and includes a wide spectrum of viewpoints and schools of thought. It also introduces several new authors from Europe, including students of Piaget, to the American academic community.

"The extensive reference list and author and subject indices help the reader to locate authors and topics quickly."
—Science Books and Films

"Bideaud provides a fascinating history of the Geneva school, its relationship to 'Anglo-Saxon cognitivism' (information processing), and the significant contributions of Alina Szeminska."
—Journal for Research in Mathematics Education