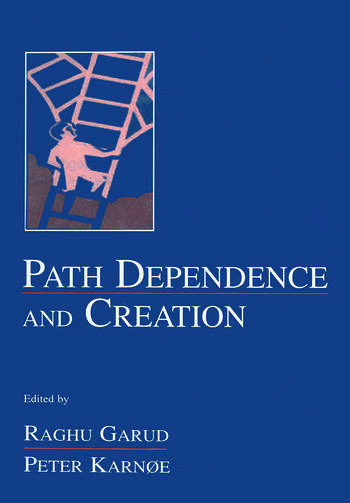 The editors, aware of the recent work in evolutionary theory and the science of chaos and complexity, challenge the sometimes deterministic flavor of this subject. They are interested in uncovering the place of agency in these theories that take history so seriously. In the end, they are as interested in path creation and destruction as they are in path dependence.

This book is compiled of both theoretical and empirical writings. It shows relatively well-known industries, such as the automobile, biotechnology, and semi-conductor industries in a new light. It also invites the reader to learn more about medical practices, wind power, lasers, and synthesizers.

Primarily written for academicians, researchers, and Ph.D. students in fields related to technology management, this book is research-oriented and will appeal to all managers.

"Individually, each chapter is informative and well worth reading....Garud and Karnoe deliver a set of papers that are each individually interesting and nicely crafted, rendering the volume as a whole both useful and provocative....the volume will make a nice addition to individual scholars' bookshelves and institutions' libraries..."
—Administrative Science Quarterly