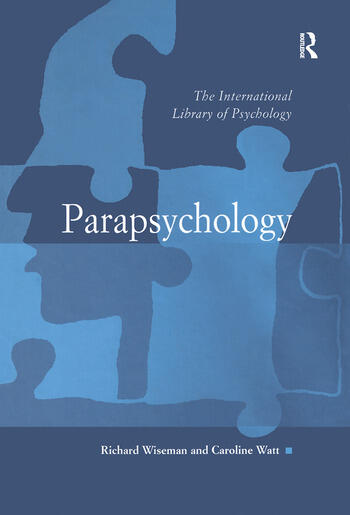 Many people believe that they have experienced paranormal phenomena and others claim to possess psychic abilities. For the past hundred years or so, researchers have undertaken systematic and scientific work into these alleged experiences and abilities. This collection of articles provides readers with a general sense of the methods used in this research, the findings that have been obtained and the controversies generated by this work. They cover a wide range of issues, including the psychology of paranormal belief, investigations into ghosts and hauntings, laboratory research into extra-sensory perception and psychokinesis, and controlled tests of psychics and mediums. An introductory essay sets each of the selected papers in context and provides additional references for those wishing to delve deeper into the issues surrounding each of the areas covered.

Richard Wiseman is Professor at the Department of Psychology, University of Hertfordshire, UK. Dr Caroline Watt is from the School of Philosophy, Psychology and Language Sciences, University of Edinburgh, Scotland.