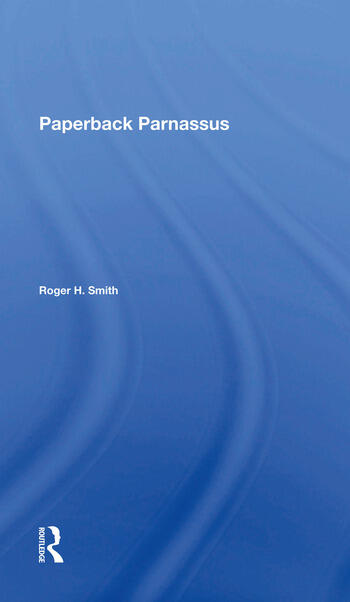 This book grew out of a series of articles about paperback distribution which I wrote and which Publishers Weekly pub-lished in March and April of 1975. The idea for the series came from Lila Freilicher, assistant editor of P~ and to her I wish to express special thanks. Other PW colleagues offered help, criticism and encouragement when my enthusiasm was flagging; among them Arnold W. Ehrlich, Chandler B. Grannis, Jean Norrington and Miriam Phelps. Many people in the paperback industry, in granting me inter-views and behind-the-scenes scenarios, were generous with their time and their counsel. I want to thank particularly Stanley Budner, Ronald Busch, Edward L. Butler, Joe Byrne, Ross Claiborne, Alun Davies, Robert Fair de Graff, John Dessauer, Robert G. Diforio, Oscar Dystel, Sidney Graedon, Dr. Donald Hauss, Howard Kaminski, Abe Koppleman, Freeman Lewis, Esther Margolis, Peter M. Mayer, Helen Meyer, John Meszaros, David Moscow, Patrick O'Connor, Ed Pendergast, Russell Reynolds, Gerald Rubinsky, Louis Satz, Herbert K. Schnall, Leon Shimkin, Roysce Smith, Richard Snyder, Carl W. Tobey, George Wright and Francis Zinni. Whatever collective wisdom is in this book is theirs. The mistakes, of course, are mine.