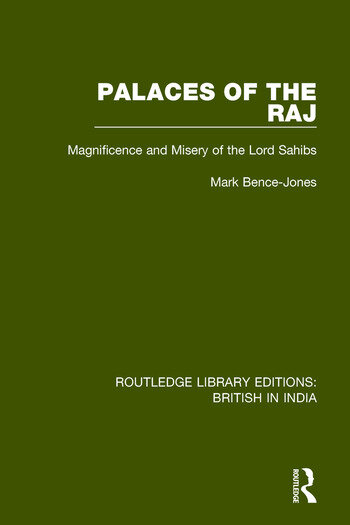 Palaces of the Raj: Magnificence and Misery of the Lord Sahibs

This book, first published in 1973, gives a vivid picture of British-Indian social life from the eighteenth century to Independence, as well as of the houses themselves. The Government Houses were not only buildings on a palatial scale, but were also a background to a way of life that was as full of contrasts as the Raj itself. The author peoples the houses with some of the men and women who lived in them during the course of their history, and in doing so provides a chapter of social history which has not been written before.

Palaces of the Raj: Magnificence and Misery of the Lord Sahibs