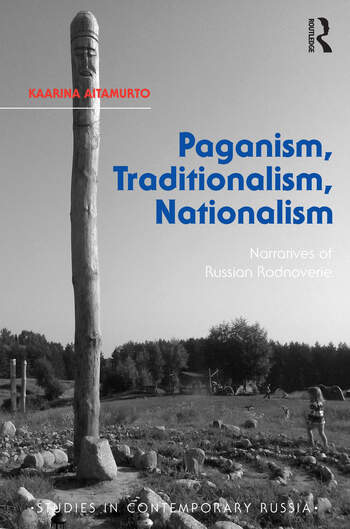 Rodnoverie was one of the first new religious movements to emerge following the collapse of the Soviet Union, its development providing an important lens through which to view changes in post-Soviet religious and political life. Rodnovers view social and political issues as inseparably linked to their religiosity but do not reflect the liberal values dominant among Western Pagans. Indeed, among the conservative and nationalist movements often associated with Rodnoverie in Russia, traditional anti-Western and anti-Semitic rhetoric has recently been overshadowed by anti-Islam and anti-migrant tendencies. Providing a fascinating overview of the history, organisations, adherents, beliefs and practices of Rodnoverie this book presents several different narratives; as a revival of the native Russian or Slavic religion, as a nature religion and as an alternative to modern values and lifestyles. Drawing upon primary sources, documents and books this analysis is supplemented with extensive fieldwork carried out among Rodnoverie communities in Russia and will be of interest to scholars of post-Soviet society, new religious movements and contemporary Paganism in general.

Kaarina Aitamurto is a post-doctoral scholar at the Aleksanteri Institute, University of Helsinki and a fellow in the Finnish Centre of Excellence in Russian Studies - Choices of Russian Modernisation. She began her fieldwork within Russian Pagans in 2005. Aitamurto co-edited the anthology Modern Pagan and Native Faiths in Central and Eastern Europe and has published numerous articles on the topic.

’Like in the West, radical pagan ideas are a constituent part of the extreme right, in Russia. Unlike in most Western countries, Russian ultra-nationalism has become an influential component of post-Soviet mainstream media and intellectual discourse. Aitamurto's densely written, reliably researched and extensively footnoted investigation into contemporary Russian politicized paganism fills a glaring gap in Russian far right studies. This fascinating book is indispensable for a deep understanding of the various curiosities and pathologies of current Russian political and social thought.’ Andreas Umland, Ukraine and Kyiv-Mohyla Academy, Ukraine ’Kaarina Aitamurto, a leading scholar of contemporary Paganism in eastern Europe, seeks to rescue scholarship on these movements in Russia from simplistic dichotomies. She challenges the categories of tradition vs. globalization, nationalism vs. internationalism, individualism vs. collectivism, Marxism vs. religion, and even Russia vs. the West, as she explores the origins, teachings, and internal conflicts of these Native Faith groups within the former Soviet Union. As she explains, Rodnoverie challenges all the mono-ideologies,� be they Christianity, Islam, Communism, Western rationalism, or neoliberal economics.’ Chas S. Clifton, Editor, The Pomegranate: The International Journal of Pagan Studies