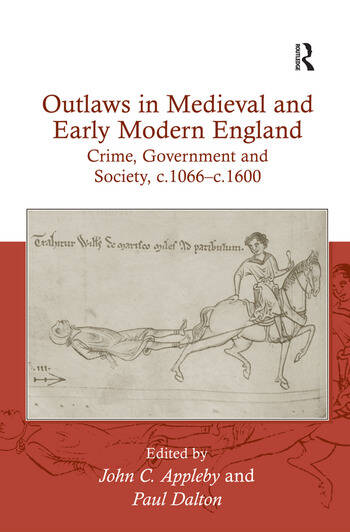 With some notable exceptions, the subject of outlawry in medieval and early-modern English history has attracted relatively little scholarly attention. This volume helps to address this significant gap in scholarship, and encourage further study of the subject, by presenting a series of new studies, based on original research, that address significant features of outlawry and criminality over an extensive period of time. The volume casts important light on, and raises provocative questions about, the definition, ambiguity, variety, causes, function, adaptability, impact and representation of outlawry during this period. It also helps to illuminate social and governmental attitudes and responses to outlawry and criminality, which involved the interests of both church and state. From different perspectives, the contributions to the volume address the complex relationships between outlaws, the societies in which they lived, the law and secular and ecclesiastical authorities, and, in doing so, reveal much about the strengths and limitations of the developing state in England. In terms of its breadth and the compelling interest of its subject matter, the volume will appeal to a wide audience of social, legal, political and cultural historians.

'Printed media cannot normally hope to compete with the big screen for attention when conveying a historical message, but this compelling new volume certainly provides a valuable context and should be included with any special-edition DVD of the [Robin Hood] movie.' Journal of British Studies 'Outlaws in Medieval and Early Modern England: Crime, Government and Society is a fascinating, nuanced study of the many permutations of outlawry and a highly valuable contribution to the study of legality, criminality in all its permutations in the medieval and early modern period.' Sixteenth Century Journal ’...the volume contains a number of impressive essays and consequently deserves to be included in the growing body of works on medieval and early modern outlawry.’ English Historical Review