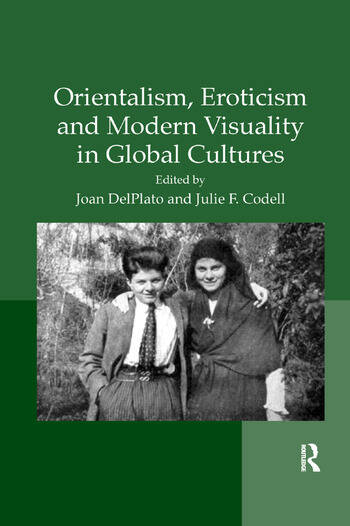 In Orientalism, Eroticism and Modern Visuality in Global Cultures scholars look afresh at representations of nineteenth-century ’oriental’ bodies, inquiring deeply into their erotic dimensions, tracing their global dissemination at cross-cultural intersections of the visual and the political. Authors consider the impact of eroticized orientalist representations registered on racial and gendered bodies at historical moments across the globe in the media of photography, painting, prints and sculpture by contextualizing the visual within social practices, ethnography, literature, travel writing and the dynamics of imperialism. Authors examine orientalism’s politico-erotic import across not only imperial Britain and France but also throughout India and the Middle East initiating cross-cultural analyses of orientalism outside of Europe. Works studied include Orientalist and homoerotic works by canonic artists such as Ingres, Gérôme, Delacroix and Girodet, and lesser-known artists such as sculptor Raffaele Monti and painter Elisabeth Jerichau-Baumann. Contributors explore Turkish and European writings, explorer Richard Burton’s self-fashioning, and popular Orientalist photography in India and the Middle East. Authors draw on methods from gender studies, semiotics, material culture and psychoanalysis to explore art, national identity, homoerotic subcultures, female agency, class, sexuality and colonialism. The book is directed to interdisciplinary scholars and students in art history, literature, history, and postcolonial studies.

PART I: RACE, ETHNICITY AND THE ABJECT ORIENTAL

2 Menace at the Portal: Masculine Desire and the Homoerotics of Orientalism 25

3 Delacroix’s Invitation to the Jewish Wedding in Morocco 55

4 Seeing through “The Veil Trick”: Heterotopic Eroticism in Monti’s Sculpture Circassian Slave at the Crystal Palace in 1851 83

5 The Conceit of Burton’s Scar: Orientalism as Identity and Transgression 115

6 Other Desires and the Desire of Others 141

7 Sapphism and the Seraglio: Refl ections on the Queer Female Gaze and Orientalism 163

8 European Fantasies and Awadhi Aspirations: From a “Turkish” Harem to a Lucknowi Zenana 181

’This is an important work. An admirably learned, focused, nuanced volume that follows a theme that is central, but rarely examined in-depth, through a fascinating variety of cultural and geographic locales-from Morocco to India. It should be read by anyone interested in artistic Orientalism and Exoticism, or the complexity and variety of desires they engage.’ Frederick N. Bohrer, Hood College, author of Orientalism and Visual Culture